President Joe Biden sounded the alarm on Friday as he struggled in a White House speech reacting to the jobs report.

Throughout the speech, Biden’s voice was particularly hoarse and he coughed several times.

US President Joe Biden answers a question as he speaks about the November Jobs Report from the State Dining Room of the White House in Washington, DC on December 3, 2021. (ANDREW CABALLERO-REYNOLDS / AFP via Getty Images)

When reporters asked about his health, the president blamed his grandson for giving him a cold.

“What I have is a one-and-a-half-year-old grandson who has had a cold, who loves to kiss his Pop,” Biden said. “And he kissed me – so anyway – but it’s just a cold.”

The President spent his Thanksgiving vacation with his family in Nantucket, including Biden’s son Hunter, who has a baby named Beau Biden, born in the spring of 2020. 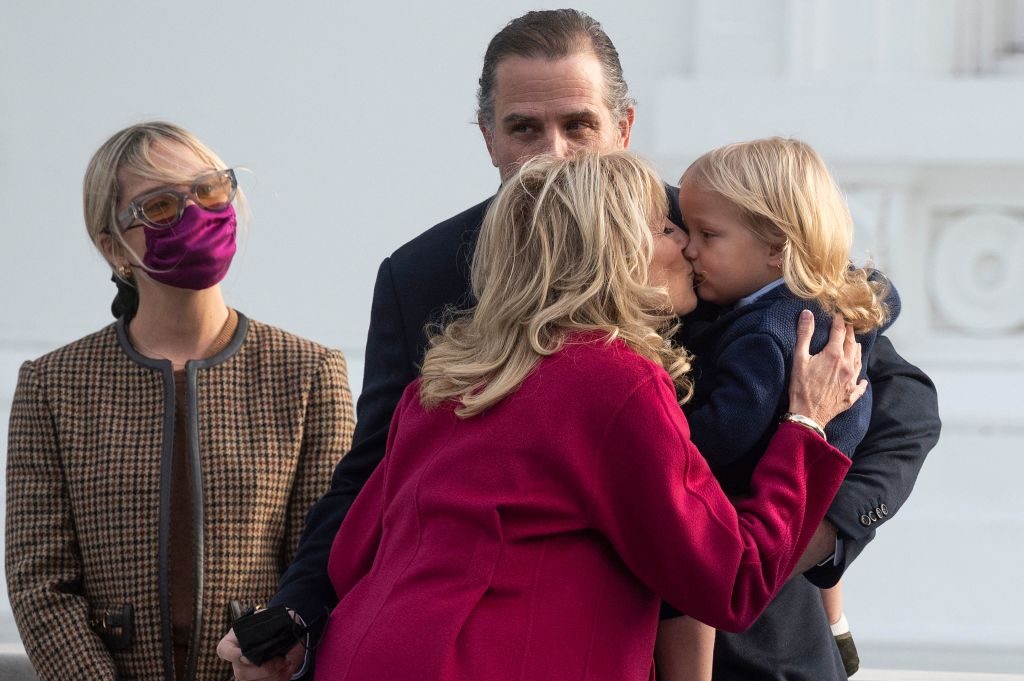 Biden said he had been tested for the coronavirus which came back negative.

“I’m fine, I have a test every day to see, a COVID test, I have checked all the strains,” he said.

Biden’s doctor, Kevin C. O’Connor, said in a note to reporters after the president’s intervention, noting that the president was suffering from “increased nasal congestion.”

“It can be heard in his voice and he feels the familiar familiar ‘throat frog’,” he wrote.

O’Connor said Biden had been tested with a “full respiratory panel that includes 19 common respiratory pathogens, including COVID-19, other coronaviruses, influenza, strep and others,” and came back negative.

Previously, the White House said the president had a coronavirus test on Monday that came back negative.

Biden tried to make disappointing employment figures good news after the November report showed the economy created just 210,000 jobs, even as the unemployment rate fell to 4.2%. Economists had forecast more than 500,000 jobs for the month.

“Our economy is significantly stronger than it was a year ago,” he said. “And today the incredible news that our unemployment rate has fallen to 4.2 percent.”

University of Michigan fires president for ‘inappropriate relationship’ with subordinate

4 young manatees transported from Florida to Ohio for treatment