Jake Daniels says he is overwhelmed with the love and support he has received since the teenager became the first active male professional footballer in the UK to come out publicly as gay.

On Monday, Daniels, 17, said sky sports he felt the time had come to tell his story at the end of a season in which he scored over 30 goals and made his professional debut in the Championship.

The positive response to his announcement was uplifting for the Blackpool striker, who took to Instagram to express his gratitude.

“I’ve taken some time over the past few days to digest everything that’s happened and collect my thoughts,” he posted. “I have been overwhelmed by all the messages of love and support I have received. It is incredibly touching.

“Just want to say a big thank you to @blackpoolfc for everything over the last few months – you’ve been amazing.

“To my family and friends for giving me the strength to keep moving forward in my life. I owe you so much.

“To @skysports_tim for giving me the confidence to be me – your understanding and sensitivity throughout our time together has been immense.

To (agent) @billybingham03 and @astrapartnersfootball for their guidance throughout – you have been amazing to me and my family.

“And a big thank you to (Leeds businessman) @terrygeorge for his generosity and looking after me over the past few days.

“I wake up this morning proud of what I have done, but even prouder to be part of such a welcoming and supportive community.

“Together we can end the stigma and move football forward.”

Liverpool manager Jurgen Klopp praises Jake Daniels for his bravery after coming out publicly as gay. Klopp hopes the football community will support Daniels on his journey.


Liverpool manager Jurgen Klopp said he was proud of Daniels for taking the brave decision to come out in public.

“Fantastic. When I saw him speak, I couldn’t believe he was 17.

“The whole football community will support him. Whatever we can do. I don’t know him but I’m really proud of him. I’m really happy for him.”

Prince William, chairman of the Football Association, also tweeted his support for Daniels on Tuesday afternoon.

He wrote: “Football should be a game for everyone. 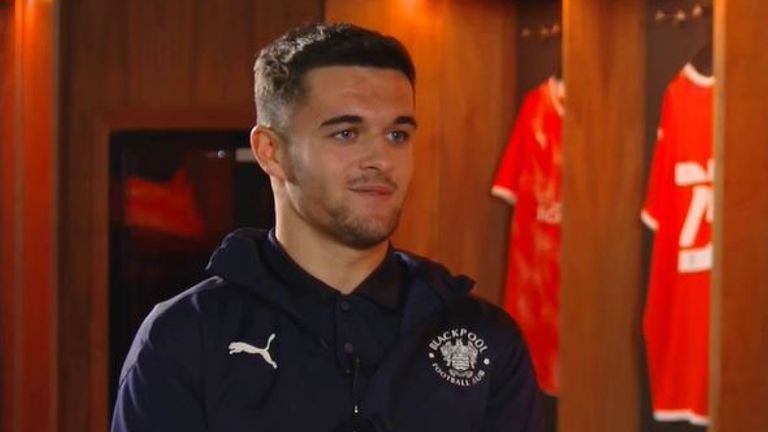 
“What Jake has done takes courage and will hopefully help break down barriers that have no place in our society.

“I hope his decision to speak out gives others the confidence to do the same.”

Football has a place for everyone’

Daniels cited Adelaide United’s Josh Cavallo, the only current top-flight male professional footballer to be gay, as an inspiration behind his decision to speak out, a point the Australian said was a ‘wonderful feeling’ after he heard the news.

He said: “As myself and Adelaide United prepare for the A-League semi-final, I want to stop and take a moment to acknowledge Jake’s announcement and say how very much I feel. proud of his bravery! It’s a wonderful feeling to know that my story helped guide Jake to be himself.

“It’s moving to see the millions of people my story has touched and inspired around the world, and to see it helping to change the global game on every level, it’s fantastic. This world and the football game have a place for everyone. Love always wins.” 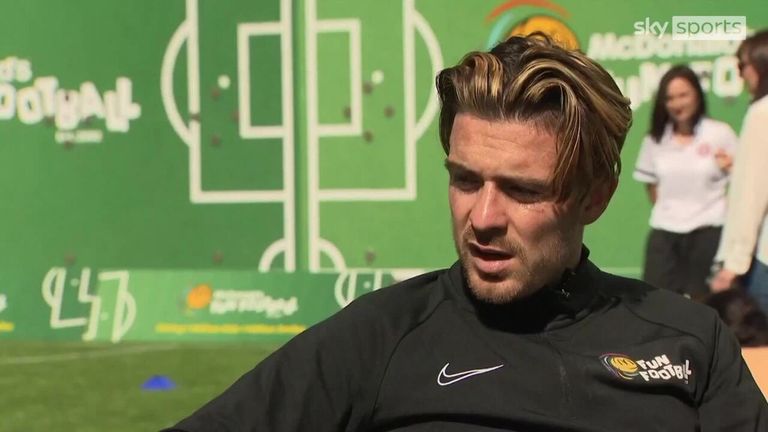 In an exclusive interview with Sky NewsGrealish praised Daniels for coming out with his sexuality after “such a long period of lying.”

“I think it shows a lot of courage and no one can disagree with that. I think it’s absolutely brilliant and a huge step forward,” he said.

“I think now, fingers crossed, for everyone this can be a big step forward because football is for everyone.”

Rodgers: Another real step forward | Vieira: It shows that things are improving. 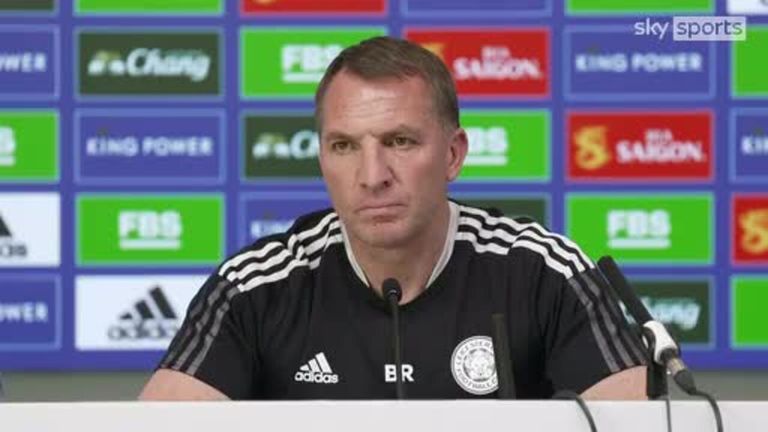 Leicester City manager Brendan Rodgers believes Blackpool’s Jake Daniels is an inspiration to football and society after coming out publicly as gay.


Leicester boss Brendan Rodgers said: “It was another real step forward, not just in football but in society in general.

“For Jake, I’m sure he will have woken up this morning feeling liberated and free to lead his life as he wishes. You’ve seen the reaction of many people around the sport – football has been growing for many years. and for Jake and other young people who want to come out, hopefully this will be the start.”

Manager of Crystal Palace patrick viera added: “I think it takes a lot of courage to come out and speak out. The support he’s had so far from football and society in general has been really positive. It just shows that the world It’s good and if it can be a positive example, it’s good.

“Football is no different to our society. We are in a better place than 30 years ago and it is still difficult to just put football in a box because it reflects our society…although there are still a lot to do.

“Education is the basis of mutual respect. Of course, the power of the game allows us to educate the majority of people. We can use football to promote education. There is still a lot to be done and hopefully – the, in the next two years, we’ll be in an even better place.”

Jones hopes Daniels will encourage rugby players to come out

England Rugby head coach Eddie Jones believes Jake Daniels is to be congratulated and will encourage other sportspeople to do the same.


The reaction from the sporting world was not limited to football either. England Rugby head coach Eddie Jones praised Daniels and said he hoped it could inspire rugby union, where there are also few openly gay players.

“The first thing I would do would be to congratulate [Daniels] to be so brave and courageous, because the first person who does it then opens up the possibility for others to do it,” he said. Sky Sports News.

“He should be congratulated, and if he encourages a rugby player in a similar situation to do so, we are grateful to that player.”

“We haven’t had a moment like this in a generation” 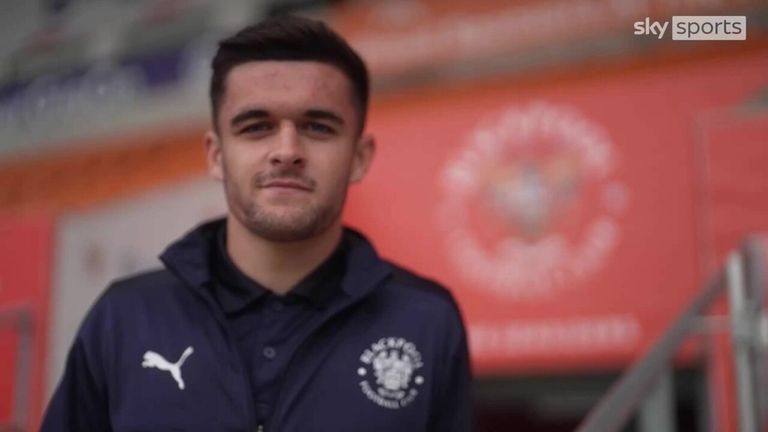 
Liz Ward, director of programs at Stonewall, Europe’s largest LGBTQ+ human rights organisation, described it as “such a special moment for all of us who love gaming”.

“What a moment,” Ward said Sky Sports News. “I think my cheeks really hurt from all the smiling I’ve been doing for the past few days.

“To be able to sit here and talk about this brave and fantastic 17-year-old boy – who is fantastic at football, by the way – to be able to live his true personality and be free to be himself in the world of football is such an important and special moment for all of us who love the game and the company.”

How Morton Helped Daniels: Jake the inspiration, not me!

Daniels was inspired by Matt Morton, a ninth tier player-manager from Thetford Town, before deciding to come out publicly after seeing his own history of being an openly gay man in football.

But Morton, who offered his support to Daniels in the months before he came out, says he is the teenager who should be congratulated for the bravery he has shown this week. 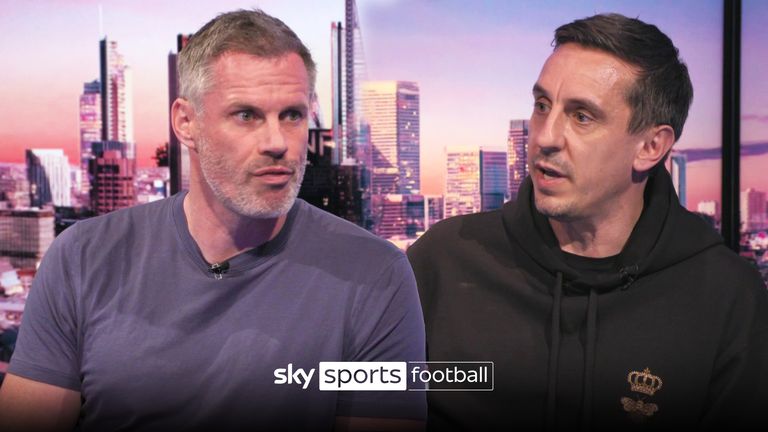 Gary Neville and Jamie Carragher have praised Jake Daniels after the 17-year-old striker came out as gay, describing his announcement as a momentous day in English football history.


“I’m not the inspiration, he’s him,” Morton told Sky Sports News. “He’s a 17-year-old kid who had the courage to come out on national TV, just signed a professional contract, and tell the world he’s gay.

“He’s completely inspiring on a completely different level to me. I’ve been talking to Jake almost daily, most recently probably weekly, since earlier this year when he reached out to me via Instagram.

“It’s been fantastic trying to help Jake just by seeing my story, being able to relate to it, reaching out to me, and then spending the last few months leaning on me with every question under the sun that you can imagine to get his own head around this and make his own decision about coming out or not, as the case may be.” 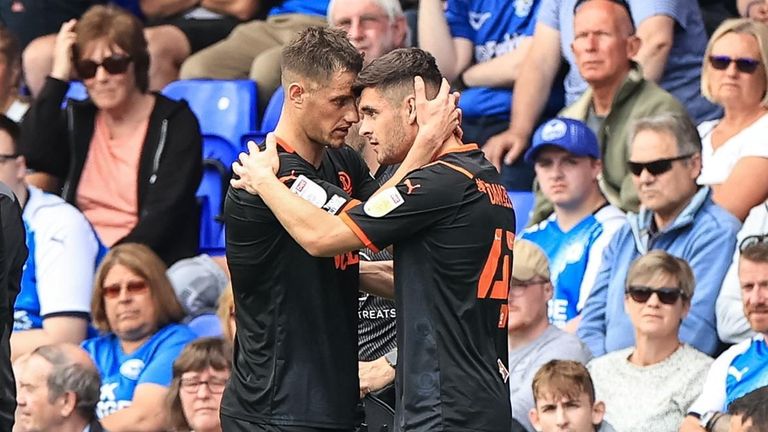 Tim Thornton says a big part of Jake Daniels’ decision to come out was to “feel free and help others”, and says the striker has “absolute clarity” to tell his story.


“Daniels will be an inspiration to many more”

DCMS Committee Chairman Julian Knight MP added: “Jake Daniels has shown immense courage in telling his story and will be an inspiration to many other players and fans who sadly feel they cannot. not being themselves in a game that should be for everyone has taken more than three decades since the last male professional footballer in this country felt comfortable enough to do so suggests a continued culture of l homophobia in football which is terribly out of step with modern times.

“The Committee has previously called for changes to the Football Offenses Act to make homophobic abuse a criminal offence. Jake’s brave act can now be a watershed moment for those responsible for the game and provide a new a catalyst for eliminating the prejudice faced by LGBT people on the pitch and in the stands.”

Not all news on the site expresses the point of view of the site, but we transmit this news automatically and translate it through programmatic technology on the site and not from a human editor.
Eleon2022-05-21
162
Facebook Twitter LinkedIn Pinterest WhatsApp