The man who pleaded guilty to the murder of black philanthropist Jacqueline Avant last year laughed during a jail call, laughed at shooting her in the back and boasted he would leave prison earlier because Los Angeles prosecutors had not asked for an improved sentence.

the Los Angeles Times Aariel Maynor’s appeal reported Monday, which is the latest revelation about the contempt criminals have for the justice system under Los Angeles District Attorney George Gascón.

The man who pleaded guilty to murdering Jacqueline Avant at his Beverly Hills home last year shot her in the back, then laughed and bragged about the murder, according to court records reviewed by The Times.

Aariel Maynor reportedly boasted to a friend in a phone call from prison that he would only serve 20 to 25 years because Los Angeles County prosecutors failed to file a murder under special circumstances that would have could mean life without parole or the death penalty, a sentencing document filed by prosecutors show.

Maynor pleaded guilty to murder, attempted murder, possession of a firearm by a felon and two counts of burglary. Filming took place in the early morning of December 1

Gascón attempted to defend his approach by noting that he had requested an effective life sentence for Maynor. But last year he tried to blame the ‘system’ for Avant’s death – a comment he reiterated on Monday in an interview with the Time. 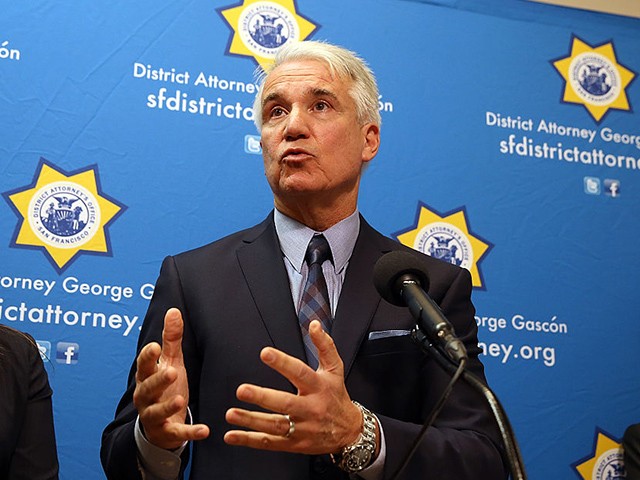 Gascón beat outgoing DA Jackie Lacey, the first black woman to hold the position, in 2020 after receiving millions of dollars in backing from leftist billionaire George Soros. Upon taking office, he attempted to end most of the penalty enhancements.

Avant’s murder shocked a Hollywood establishment that had been widely supportive of the Black Lives Matter and Gascón movement. She was the wife of music pioneer Clarence Avant and was appreciated for her charitable work within the black community.

Joel B. Pollak is editor of Breitbart News and host of Breitbart News Sunday on Sirius XM Patriot Sunday nights from 7-10 p.m. ET (4-7 p.m. PT). He is the author of the recent e-book Neither Free Nor Fair: The 2020 U.S. Presidential Election. His latest book, RED NOVEMBER, tells the story of the 2020 Democratic presidential primary from a conservative perspective. He is the winner of the 2018 Robert Novak Journalism Alumni Fellowship. Follow him on Twitter at @joelpollak.

Not all news on the site expresses the point of view of the site, but we transmit this news automatically and translate it through programmatic technology on the site and not from a human editor.
William2022-04-19
187
Facebook Twitter LinkedIn Pinterest WhatsApp

Video of Paul Pelosi’s attack will be released on Friday