We already know that this World Cup will be unlike any other considering it kicks off in November, a move that has already sparked much debate and skepticism about hosting the tournament in the Middle East. However, the draw has allowed fans to look forward to this tournament as we would any other, and we can now anticipate some of the marquee matchups that are locked in the schedule.

Hosts Qatar top Group A and are wildcards given their World Cup anonymity. It will be the first time that the host country will take part in football’s biggest tournament. They are not to be ruled out, however, as they are the last Asian champions after their 2019 victory over Japan in Abu Dhabi. Qatar’s first challenge will be against 46th-ranked Ecuador, who are making their first World Cup appearance since 2014, edging out the usual South American suspects Colombia and Chile for qualification.

However, the main competition in Group A will likely be between the final two teams, Senegal and the Netherlands. Senegal is fresh off continental success in the Africa Cup of Nations, and the 20th-ranked nation has emerged as a real threat on the world stage. The Netherlands are back in the World Cup picture after failing to qualify for Russia, and they will consider themselves lucky with this group, given that they come from the second pot of nations.

Early predictions for Group A will be that the Netherlands and Senegal will finish first and second, with Qatar perhaps using local conditions to edge past Ecuador for third place.

Group B once again sparked the #itscominghome wave on social media, with England finding themselves at the top of a very favorable draw. After a runner-up finish at Euros 2021 as well as a fourth-place finish at the last World Cup, England have long had one of their most promising World Cup squads.

Iran are England’s first opponents and, as the highest-ranked Asian side in the world, could come as a surprise to this group.

But there is much more interest among the remaining teams. The United States are back in the World Cup after the disappointment of not qualifying in 2018, and England fans will be licking their lips at the prospect of a rematch in 2010 after this Howler goaltender Rob Green.

The last place in this group will go to the winner of the European qualifiers between Ukraine, Wales and Scotland. If Wales or Scotland win, we’ll have a savory battle between the UK and England ourselves. But Ukraine is not to be excluded, having reached the quarter-finals of the Euro last year.

There’s a lot to look forward to in this group, but it’s hard to call since all the information isn’t available yet. England is a safe prediction for first place, and for now we will be shooting for the United States for a second place.

Group C is headlined by Argentina in what could be the great Lionel Messi’s final dance on the biggest stage. After the Copa America success, fourth-placed Argentina have a relatively straightforward squad that should help them progress in the tournament. The first for them are Saudi Arabia, who topped their qualifying group ahead of Japan and Australia. However, having only escaped the group stage once, they might struggle here.

Mexico are next in Group C, reigniting an exciting game with Argentina who saw exciting matches at the 2006 and 2010 World Cups. Mexico enter this tournament ranked an impressive ninth.

The final opponent in this group is Poland, a nation without much success in World Cup tournaments but with the quality of Robert Lewandowski in the lead, you never know. Ranked 26th in the world, they finished second in their qualifications behind England. 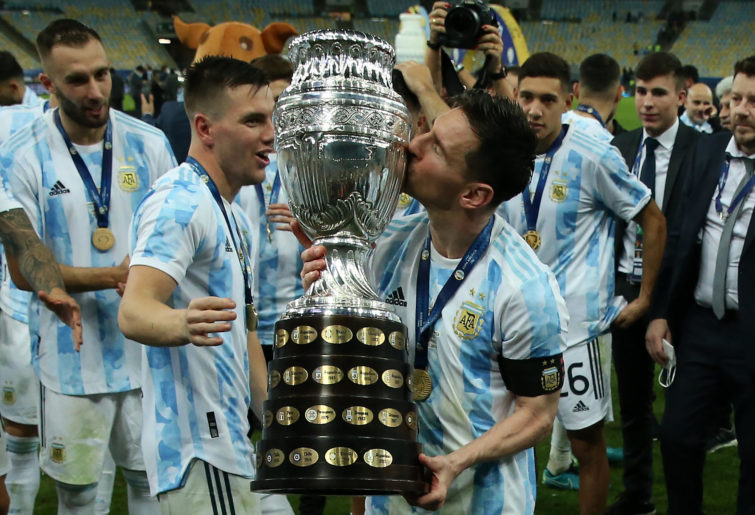 Group D bears an uncanny resemblance to 2018’s Group C, with France and Denmark finding themselves together again, and they’ll likely be joined again by Peru or Australia, who they also faced in 2018.

France enter this tournament after a dominating victory in 2018 but the subsequent disappointment of the Euros. As a believer in the magic of the World Cup, history suggests that the winner’s curse will be lifted to get France into this tournament. However, it would take something quite miraculous for them not to walk out of this group without a struggle.

Our Australians face an uphill battle to join this group, having to overcome both the United Arab Emirates and Peru for a place. It would be a tall order to get out of this group if we qualified, but that’s nothing new.

Neutral favourites, Denmark, come into this tournament after an inspiring semi-final at the Euros, and it’s fantastic to think we’ll see Christian Eriksen back on the highest international stage.

Tunisia completes this group, currently 35th in the world, but could struggle to win here. It is safe to predict France first and Denmark second. 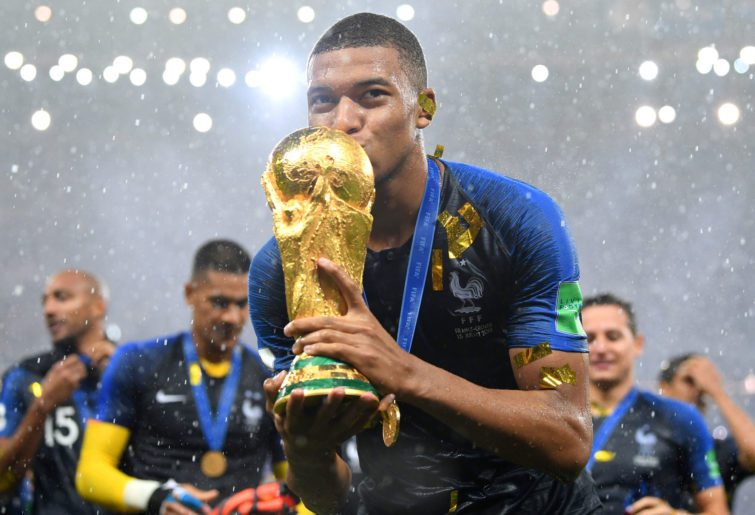 Group E features a battle of two World Cup titans in Spain and Germany. We will see the winners of 2010 face the winners of 2014, which is the showpiece match of the group stages. It’s the closest thing we’ve got to a death squad this year, which is bad news for Japan and Costa Rica or New Zealand, which are yet to be determined via the playoffs.

Japan are a strong team and have always been dominant in Asia, but they will struggle to progress with the two European giants in Group E. If Costa Rica qualify, they proved in 2014 that they can dominate the group of death when he ruled Italy, England and Uruguay. That might be too much of a battle for them this year, though.

It’s a flip side for the winner of both, but it’s safe to assume Spain and Germany will progress. 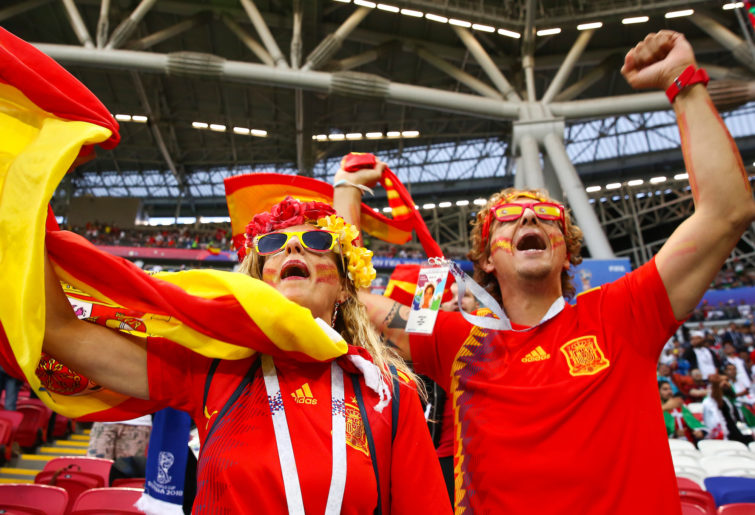 The Group E scenario, however, means the winner of Group F has a tough game going into the Round of 16. This can be presumed to be Belgium, which are real enigmas. For years they have boasted of this golden generation of players but have been relatively underwhelming on the international stage, culminating in a third place finish at the 2018 tournament. I can see them top of this group but overtaking Germany or Spain could push their abilities.

Canada are only back for their second World Cup, their last in 1986. They have plenty of exciting young talent among them and are not to be ruled out of a second place finish in this group.

Morocco, ranked 24th, are a dark horse full of talent, but they will struggle to face the European powerhouses in this group, the latest of which are Croatia. A surprise runner-up in 2018, Croatia still boast a slew of old and emerging talent. Now ranked 16th in the world, they should have the legs to get out of this group.

Belgium are a sure first, with Croatia second, and I’d back Canada to edge out Morocco in their cup second leg for third place.

Group G is mouth-watering, with tournament favorites and recent world number one Brazil the only team to have qualified for every World Cup in history. Brazil pulled out of recent World Cups in disappointing fashion, and the scars are still there ever since this semi-final in 2014. A second-place finish in the Copa America and a dominant qualifying spell show they have a good thing going right now and will be hard pressed to stop this tournament.

Serbia are a dark horse, having topped their qualifying group ahead of Portugal. Aleksandar Mitrovic is in the form of his life in the Championship and scored the crucial goal to take them to the tournament. They are 25th in the world heading into this tournament and a good cry for progress.

Another threat is Switzerland, who enjoyed a memorable Euro capped by a victory over world champions France on penalties. They also topped their group in qualifying against European champions Italy and are impressively ranked 14th in the world. They’ve made the round of 16 in their last two World Cup appearances, and you wouldn’t bet against them to do it again.

Cameroon completes this dangerous group, and while a strong African nation can fight this fierce competition, it’s hard to call. Brazil should be at the top of the group, and I call on Switzerland to follow behind them.

Group H is headlined by the other superstar likely to make his final World Cup bow, Portugal’s Cristiano Ronaldo. They did a tough job of qualifying and really haven’t had an impressive World Cup tournament since finishing fourth in 2006. However, in the Ronaldo era, they won the Euros and UEFA Champions League titles. UEFA Nations League, and you can never really count them. when the big man is on top.

They will face Ghana first, a team that edged out Nigeria to qualify for the tournament, but they trail in 60th place in the world rankings and could struggle in this group, especially as the third team is Uruguay. South American heavyweights have vendettas against them in this group. Firstly, they eliminated Portugal from the tournament four years ago, so it will be a tasty revenge. And then there’s the Ghana game, which was one of the most controversial games in World Cup history in 2010. If Luis Suarez scores a goal against Ghana this time around, let’s just say I hope stadium security is strong.

No doubt this World Cup will be one for the ages. The countdown is now on for the announcement of the teams, which will no doubt lead to more debate and conversation. Until then, all we have to do is prepare for those group stage matches.

Did I miss a dark horse? Are there any disruptions in the works? Tell me what you think of my predictions.

Not all news on the site expresses the point of view of the site, but we transmit this news automatically and translate it through programmatic technology on the site and not from a human editor.
WilliamApril 2, 2022
Facebook Twitter LinkedIn Pinterest WhatsApp

“The chemistry between us is growing”