The G20 summit brings together the leaders of the world’s 19 largest economies and the European Union collectively. The guest list for this year’s conference has raised expectations for contentious encounters, as leftist US President Joe Biden, Chinese dictator Xi Jinping, Putin and Ukrainian President Volodymyr Zelensky were all expected this summer. Ukraine is not a member, but Jokowi, as the Indonesian president is known, announced in April that he had contacted Zelensky and extended an invitation.

Indonesia is hosting this year’s summit, which is due to start on November 15, on the island of Bali.

Jokowi’s latest public update on the summit said 17 world leaders had confirmed their attendance, leaving three not including Ukraine up in the air. Jokowi did not say who, other than Putin, had not yet confirmed, but noted that no party had declined the invitation.

Russia’s 2014 invasion of Ukraine, and the ensuing escalation of hostilities in February, led to widespread calls for Indonesia to disinvite Putin from the summit and for the G20 in general to expel Russia, as the current G7, formerly G8, did in 2014 after Putin’s invasion of Ukraine. Zelensky insisted he would not attend the summit if Putin was there, although he generally accepted the invitation.

Jokowi categorically refused to disinvite Putin and insisted on bringing all the countries involved in the dispute to one place to discuss the matter. He also rejected bringing geopolitics into the summit, which he said should be a purely economic event.

Speaking to reporters, Jokowi said on Tuesday he had not yet received confirmation from Putin and indicated that the Russian leader was considering not participating.

President Joe Biden delivers a speech during his visit to the Lockheed Martin plant that manufactures weapons systems such as Javelin anti-tank missiles, which the Biden-Harris administration supplies to Ukraine in Troy, Alabama, May 3, 2022 (Peter Zay/Anadolu Agency via Getty Images)

“He said he would be there if circumstances allowed. If not, he may ask to do it virtually,” Jokowi said vaguely, according to the Jakarta Post. Jokowi claimed Putin had given ‘strong impressions’ that he would skip the summit in other remarks to the FinancialTimes.

Attending the conference “virtually” would allow Putin to offer an address and use the G20 platform without potentially having uncomfortable sideline exchanges or involving allies like China’s Xi, who Putin himself said has expressed “concerns” about the invasion of Ukraine, in such a situation. meetings. It would also keep him in Moscow, guiding the war. 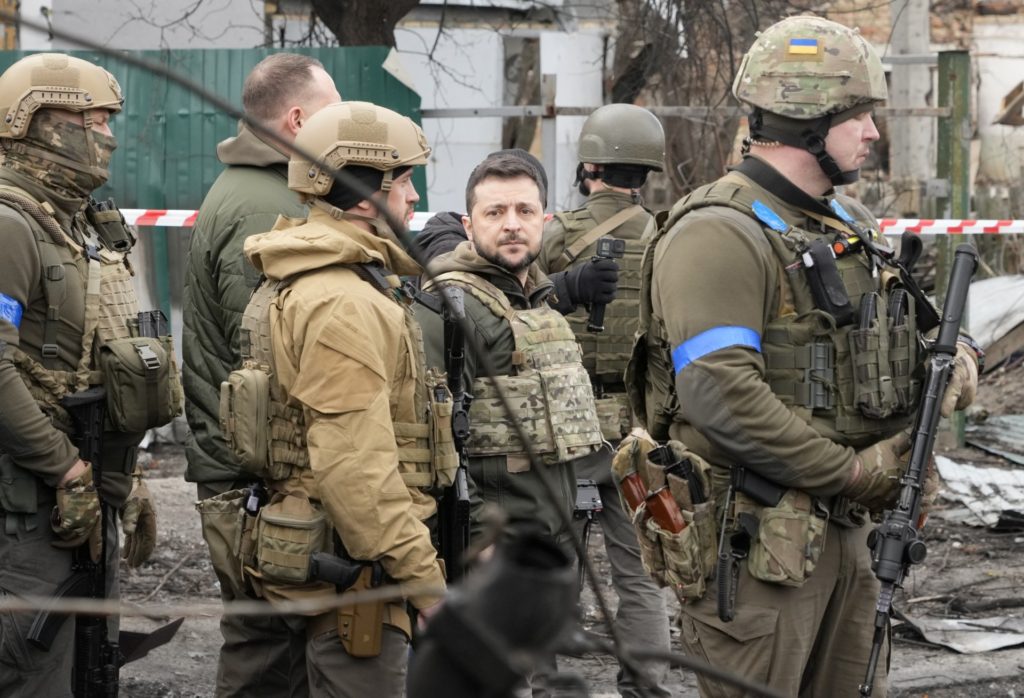 Addressing the Financial Times, Jokowi also insisted that the G20 was not “a political forum” and that political disputes should not be the focus there.

“It’s supposed to be about economics and development,” he insisted, although it was he who chose to invite Zelensky.

Indonesian President Jokowi has a “strong impression” that Putin will skip next week’s G20 summit in Bali. That would put much of the focus on the first Biden-Xi face-off and mending the US-China ties.https://t.co/1qcb62iU0Z

Jokowi, whose country is allied with both Russia and Ukraine, takes a personal interest in the war. In July, he visited Zelensky in Kyiv and immediately flew to Moscow to meet Putin in an effort to facilitate dialogue.

“The Indonesian constitution demands to contribute to the creation of world peace. It is in this context that I visited Kyiv and Moscow,” he said. Explain at the time. “The current situation is still very difficult, but it is important to continue to promote a peaceful settlement and to open spaces for dialogue.

“When the decision is made – I think it will happen in the next few days – we will tell you,” Kremlin spokesman Dmitry Peskov told reporters. Peskov said Putin was still considering “various formats” for participation, without giving further details.

A potential appearance in Bali for Zelensky likely plays into considerations for Putin’s trip to the event. Zelensky has also not confirmed his appearance. On Tuesday, the Ukrainian President’s spokesman, Sergei Nikiforov, confirmed that Zelensky would attend the conference “one way or another”, but did not say whether he would travel to Indonesia. According to the Russian news agency Tass, Nikiforov said “it will most likely be an online format”.

“In a way, of course, Volodymyr Zelensky will participate in the G20 summit. I can’t say more,” he said.

Zelensky himself mentioned the G20 on Tuesday in his usual address to Ukrainians.

“An important preparatory week for us continues on the eve of diplomatic activities in the second half of November,” he said during a television broadcast, according to state media Ukrinform. “These are important summits: G20, ASEAN, NATO Parliamentary Assembly and a few others. Ukraine’s position must and will be heard in all regions of the world.

Just last week, Ukrainian officials confirmed Zelensky’s stance not to attend Putin’s summit. Zelensky issued an executive order last month formalizing a policy of non-negotiation with Putin, calling talks with the leader to end the war “impossible” and saying Ukraine would only negotiate peace with another Russian head of state. Earlier, in September, Zelensky told the UN General Assembly that his country had unsuccessfully participated in 88 rounds of talks with Russia.

Addressing COP27, the United Nations climate change alarmist conference, this week, Zelensky hinted that, executive order aside, he was open to some negotiation again.

Not all news on the site expresses the point of view of the site, but we transmit this news automatically and translate it through programmatic technology on the site and not from a human editor.
William4 weeks ago
Facebook Twitter LinkedIn Pinterest WhatsApp

Tens of thousands of protesters against the Czech government