Hunter Biden was reportedly hailed as the “real Sheikh of Washington” by former British SAS officer James Gilliar, who had a close connection to one of the world’s largest energy companies closely linked to the Chinese Communist Party, emails from “Hell’s Hunter Laptop” revealed.

Gilliar’s praise underscores Hunter’s notoriety as a go-between between prominent figures in Washington and overseas clients seeking access to American decision-making, while his father, Joe Biden, was vice president.

According to Miranda Devine’s new book, Laptop from hell, Hunter was congratulated by Gilliar to someone named Rob Walker, a connection to the Biden and Clinton family.

Walker allegedly arranged a meeting between Gilliar and Hunter. The meeting came about because Gilliar was looking for a partner to do business with around the world.

The trade deal Gilliar had in mind for Hunter involved Ye Jianming, chairman of a Chinese energy company CEFC, one of the largest in the world. Ye was a privileged contact for Hunter as Ye managed a $ 1.5 billion fund to expand China’s economic influence around the world at the behest of Chinese President Xi Jinping.

After Gilliar emailed Walker to confirm her favorable business meeting with Hunter, Gilliar followed up with Hunter a few weeks later to communicate that Ye was interested in working with Hunter.

“It was made clear to me that CEFC wanted to engage in a new business relationship with our group,” Gilliar wrote to Hunter, according to emails.

Reports state that Ye and Hunter met in Washington, DC, in December 2015 to discuss how Yi and Hunter could work together. Vice President Joe Biden is alleged by Devine to have attended one of the few meetings between the two.

As the talks progressed, Hunter and Joe Biden’s brother Jim Biden wanted to structure the trade deal with Ye in a favorable way. To that end, Gilliar recommended involving Tony Bobulinski in the project to advance the opportunity.

In 2017, Gilliar revealed to Bobulinski that the $ 100 million trade deal would be between the Biden family and Chinese investors.

Of note, Bobulinsky was accused in 2020 by the Chairman of the House Intelligence Committee, Adam Schiff (D-CA) of being part of a “Russian disinformation” effort, which was later debunked when his claims have been confirmed. After being unfairly slandered, Bobulinski disclosed ahead of the 2020 presidential election that “he was the recipient of one of Hunter Biden’s emails related to an investment in a Chinese energy company,” Breitbart News reported.

Tony Bobulinski, who says he’s a former Hunter Biden associate, holds one of three phones he displayed as he speaks with reporters ahead of the presidential debate Thursday, October 22, 2020, in Nashville. (AP Photo / Evan Vucci)

Hunter, Gilliar, and Walker in February 2017 met with Ye in Miami to continue negotiating the deal. The meeting resulted in a positive outcome for Hunter.

Hunter reportedly struck a lucrative deal with Ye in which he would receive $ 10 million for at least three years. In return, Hunter would simply do introductions for Ye.

“Ye sealed the new covenant with a rich gift: a 3.16-carat diamond valued at $ 80,000. Photographs of the astonishing stone appear on Hunter’s laptop with a grading report that lists it as “Round Brilliant” Grade F with top-notch “VS2” clarity and “excellent” cut, says the book. Guess.

The transactions were followed by negotiations between Hunter, Gilliar and Bobulinski. Both men would have needed Bobulinski because he had a working knowledge of the American investment vehicles that Hunter and Gilliar sought to facilitate in their scheme. Hunter and Gilliar probably didn’t have the financial expertise to run the project on their own.

But Bobulinski began to be suspicious of Jim Biden’s role in the business. Gilliar explained Jim’s presence in the deal to Bobulinski, emphasizing the family aspect of Jim’s involvement, although it is more likely that Jim was in fact in the deal to carve out a most of the deal’s revenue for the entire Biden family. 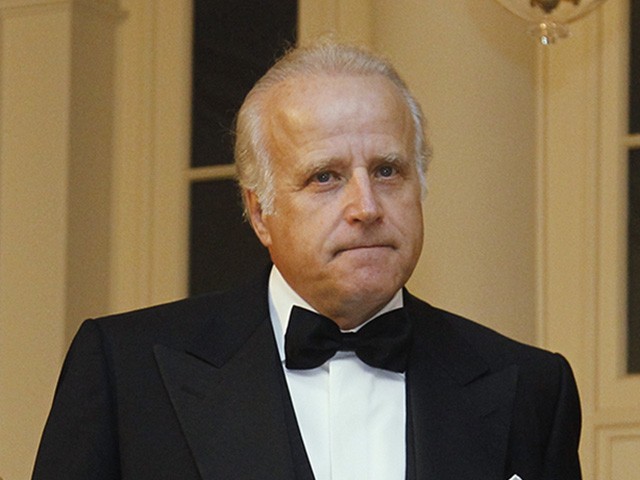 Emails obtained by the New York Post of Hunter’s alleged laptop indicate that the deal never came to fruition. But the Posts the reported emails also revealed that Joe Biden, dubbed the “Big Guy” in the emails, allegedly took part in the deal.

Shortly before the 2020 elections, Bobulinski issued a press release, corroborating the Posts report. Bobulinski has revealed evidence that Gilliar emailed him details of the equity stakes in the proposed deal, including Joe Biden as “Big Guy.”

“The reference to the ‘Big Guy’ in the high profile email of May 13, 2017 is actually a reference to Joe Biden,” Bobulinski wrote.

While Bobulinski reportedly turned over all relevant documents to the FBI, Hunter is reportedly still under investigation for money laundering.

All the best films from the virtual film festival