The centre-forward is leaving New England Revolution in a bumper deal worth around $9 million. It comes after the sale of Matt Turner to Arsenal in the summer as well as the departure of Tajon Buchanan to Club Brugge last season and gave the club a large amount to use this summer.

Things are changing rapidly in New England. The players are leaving, it’s been a tough campaign in the CONCACAF Champions League and they’re out of the MLS playoff spots after 13 games.

Jozy Altidore was brought in to back up the front line but injuries have once again affected his form, while Gustavo Bou has only just recovered from injury.

Bruce Arena and co. will enter the summer transfer window knowing that a new centre-forward is high on the list of needs.

Buksa will be difficult to replace. He has seven goals and two assists in 10 games this season and comes away with 35 goals and seven assists in 73 games for New England. As a Poland international, Buksa continued his goalscoring form with five goals in eight caps.

The Revs will need to look for a player who can show Buksa’s clinical advantage, while providing the physical ability out of possession that has seen Buksa involved in 9.06 of 90 attacking duels.

A player like Wilfried Kangacurrently at Young Boys in Switzerland could be an ideal replacement.

The striker, selected at France U20 level, is a big striker like Buksa, he is 1.89m tall and is a strong and fast player.

His size and strength in the air make him a danger for crosses and set pieces. That would make him an ideal target for players like Carles Gil from set pieces.

On top of that, he has good movement, breaks lines well and has good pace to get behind defenders. This would, again, be exactly what Gil expects from a striker. Last season’s most valuable player has the ability to pair well with a striker who can provide assists.

Kanga’s linking game is also good. He can control and hold the ball well, wait for support in transition, as well as run at defenders with the ball.

Kanga has scored 12 times in his 2021/22 season in 31 appearances and also caught the eye of Sporting Kansas City in January.

New England could consider entering for a possibly lower price, reserving their DP spot for another player. In this case, they could turn to Sam Gallagher of Blackburn Rovers.

The striker has been a strong player for the team with his willful running and hard work on the ball. Something like this could benefit the team while giving more room to improve the roster which has gone through many changes over the past two seasons.

Gallagher isn’t a statement signing and isn’t on Buksa’s level, but would give the Revs some breathing room if they feel Altidore is the man this season.

Gallagher managed just 0.29 goals per 90, although his role in the team may differ somewhat from that of Buksa in New England as Blackburn also have Ben Brereton-Diaz in their roster.

A bet could be to bring Frantzdy Pierrot back in MLS after failing to make a good impression at Colorado Rapids in 2018. He has since been at Mouscron in Belgium and currently plays from Guingamp in the French Ligue 2. 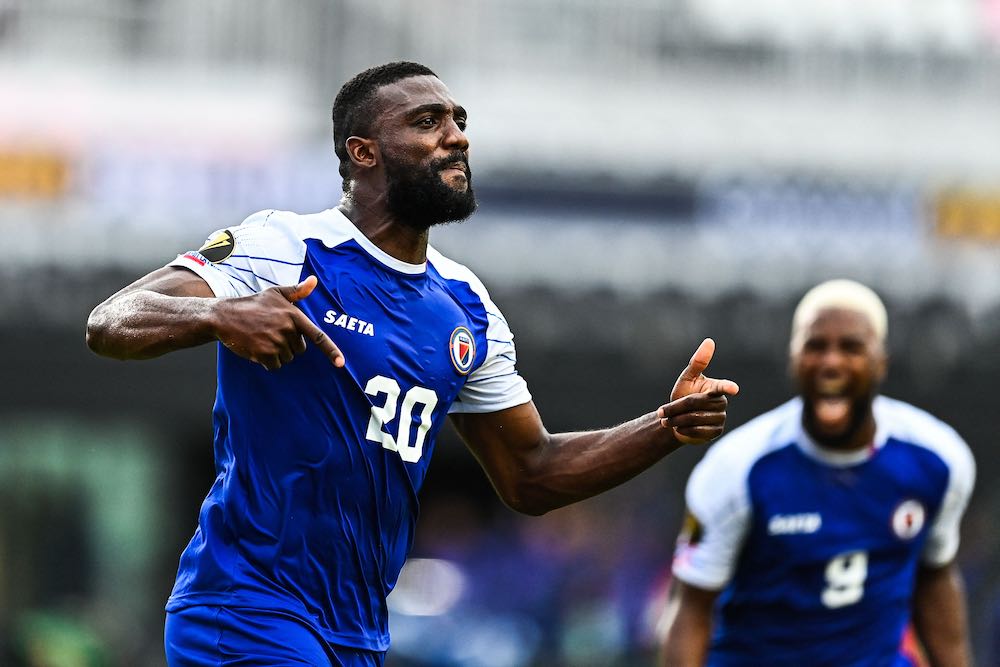 The Haiti international scored 14 goals in 22 games for his country while having an impressive season in France in 2021/22 scoring 15 goals in 34 games.

He’s an athletic forward with good speed and can run behind defense in transition, while also being a focal point in an attack. Hanging on to crosses and balls while being a target for set pieces.

He has scored 0.53 goals on 4.18 touches in the box per 90 this season, similar to Buksa but obviously from different leagues. He had more offensive duels than Buksa, though, with 12.11 for 90 showing the competitive edge that could make him a useful rookie in New England.

What we’ll learn from New England’s transfer activity is whether they feel a big statement signed at centre-forward is the way to go, or whether the whole squad build is more urgent.

It would be hard to say that a player won’t fix this team and make them favorites for the MLS Cup, but someone has to step in and put the ball in the net without Buksa on the team.

Not all news on the site expresses the point of view of the site, but we transmit this news automatically and translate it through programmatic technology on the site and not from a human editor.
Facebook
Messenger
WhatsApp
Twitter
Google+
Posted by goodwordnews In Sports Last Modified 2 months ago 2 months ago

‘Hamilton’ team responds to unauthorized performance by church in Texas

What was that big boom heard in Utah on Saturday morning?

Salman Rushdie ‘on a ventilator’ after stabbing – agent – Reuters