In a ruling that could be considered historic, the The Supreme Court of the Nation defined that a prisoner cannot be punished for having drugs for personal consumption in his cell. In line with the famous “Bazterrica” (1986) and “Arriola” (2009) rulings, the judges of the High Court considered that criminalizing a drug user, even when deprived of his freedom, is on the part of the State. an intrusion on freedom of the consumer, protected by article 19 of the Constitution.

The case originates in November 2020, when Judge Pablo Andrés Seró, of Federal Court No. 1 of Paraná, sentenced Marcelo Daniel Selvini to two months in prison for considering him the perpetrator of the “crime” of having eight cannabis cigarettes in his power.

The “joints” were found on July 18, 2017 during a routine search of the Penitentiary Service within Penal Unit 7 of Gualeguay, Entre Ríos, in Pavilion 2, where the accused was serving a sentence for another act. Salvini had them hidden in a cell phone.

After the conviction, the official defender of Salvini in the trial, Alejandro Joaquín Castelli, filed an appeal with the Federal Chamber of Criminal Cassation and a few months later, the appeal was rejected. To uphold this refusal, judges Liliana Catucci and Eduardo Rafael Riggi –Juan Carlos Gemignani dissented-, considered that prison is an area where Salvini’s behavior inevitably transcended privacy protected by article 19 of the Constitution.

With a majority made up of the joint vote of Rosenkrantz and Guillermo Antelo (co-judge appointed to integrate the Court due to the absence of a majority) and the concurring vote of Lorenzettithe Court finally revoked the Cassation resolution and sent the case back to the court of first instance for a new sentence to be handed down there. 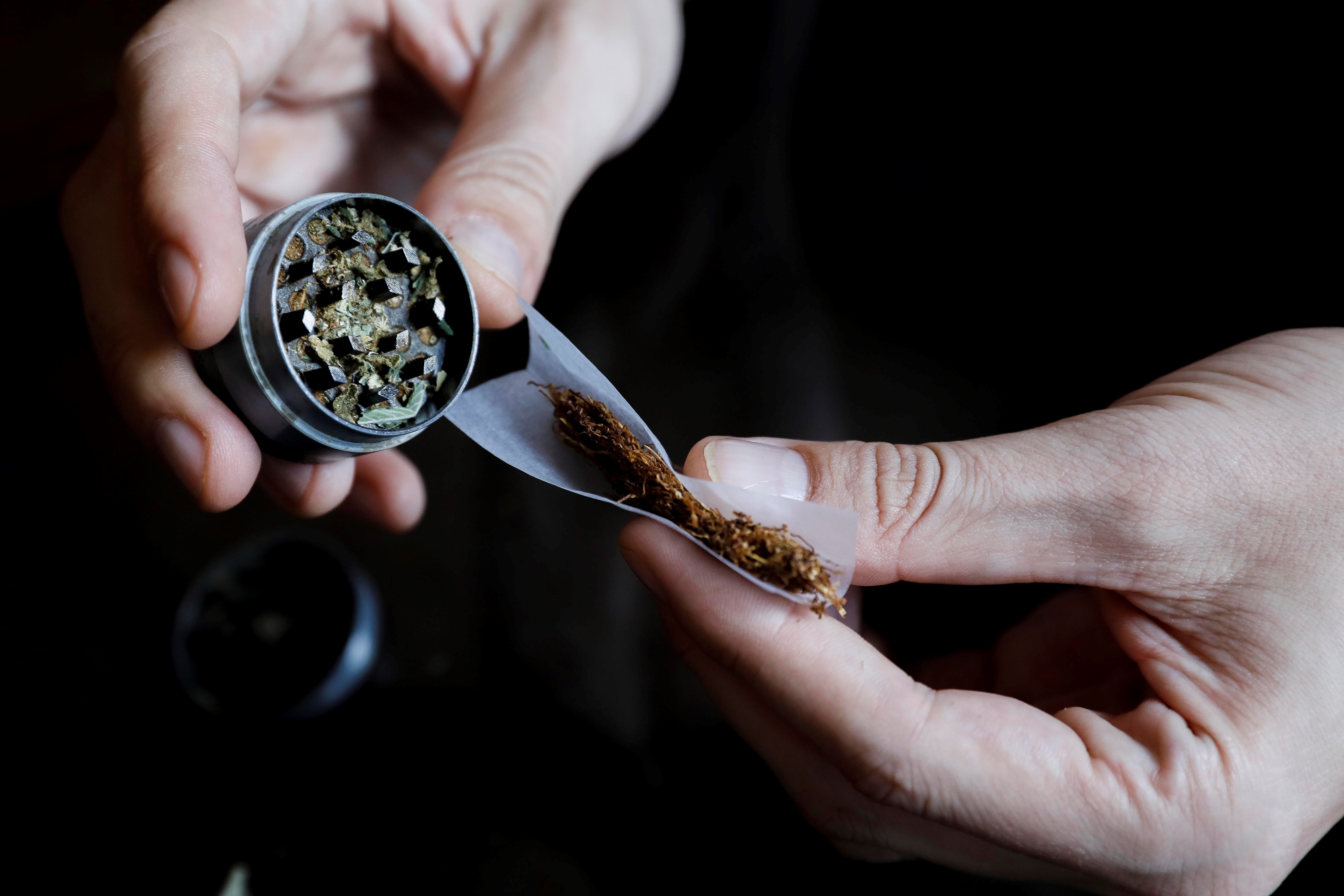 They thus supported the decision with reference to a similar ruling, from September of last year, against Héctor Ismael Rodríguez, where despite the fact that the prisoner was punished for possession of drugs in jail, these two supremes opposed, with “Arriola” and “Bazterrica” as a reference. Both held that time that the doctrine cited in those two famous rulings is applicable even if the possession occurs within a prison.

“When it comes to drugs in small quantities and the possession or consumption is not visible or ostensible, (the punishment) is unconstitutional because it constitutes an interference by the State in the area of ​​privacy protected by art. 19 of the National Constitution without there being a reasonable justification that shows that this is necessary to protect the legal assets that the criminal norm can legitimately aim to preserve”, Rosenkrantz voted at that time.

That case was virtually identical to Salvini’s. Héctor Rodríguez was detained in Penal Unit No. 2 of Gualeguaychú, also in Entre Ríos, and the Penitentiary Service seized from his mattress, during transfer to another unit, 16 cigarettes armed with just 4.14 grams of marijuana. The federal justice of Paraná sentenced Rodríguez to two months in prison for possession of narcotics for personal consumption. 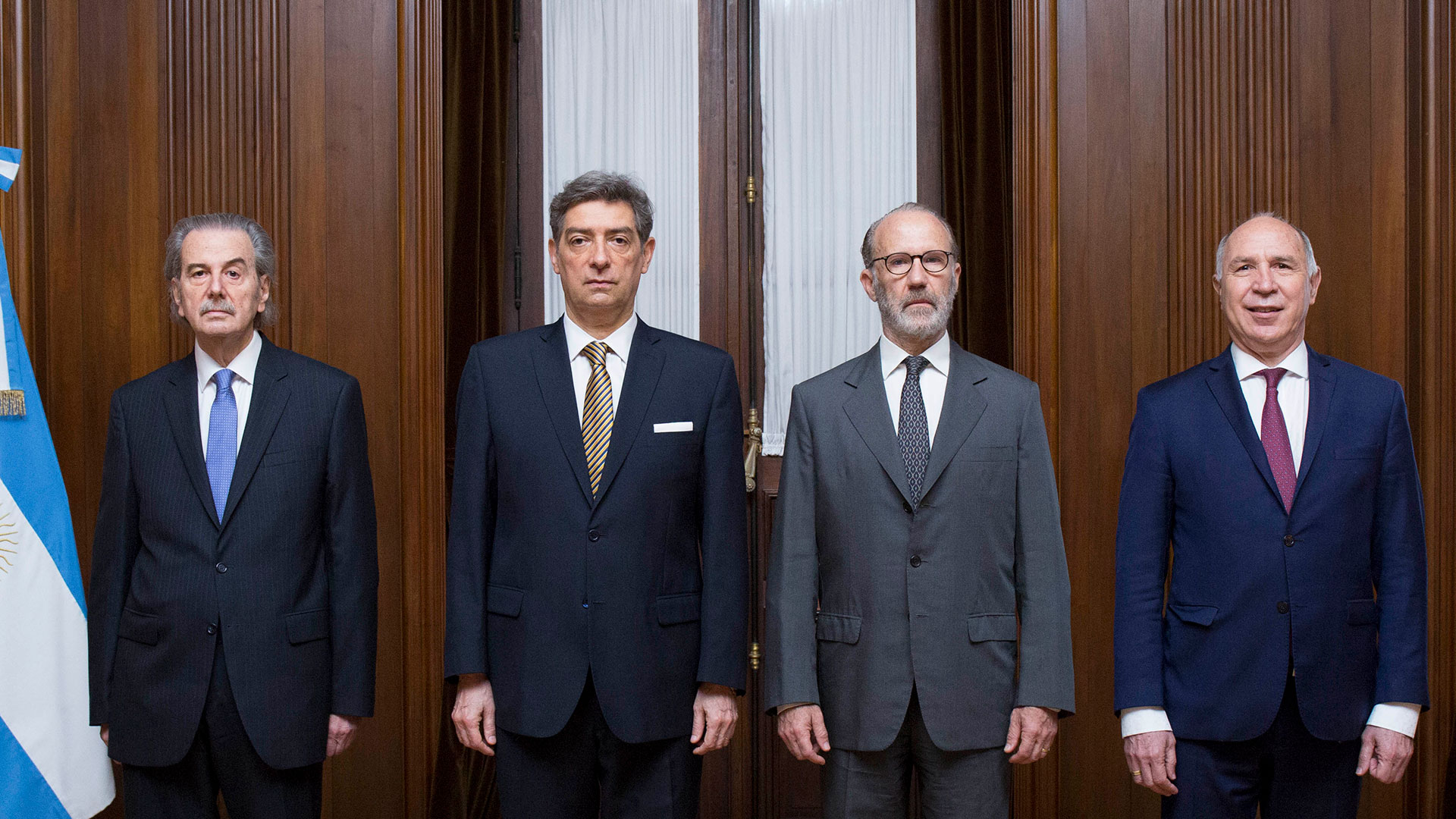 Judges of the High Court

For the judges of the Court, neither health, nor security, nor the fight against drug trafficking – the interests that the drug law, in force since 1989, supposedly defends – are questioned or affected by Salvini. And they stressed that it is not relevant where that conduct took place, whether in a public or private sphere.

In this sense, they commented that in the case of the musician of the Grandparents of Nothing, Gustavo Bazterrica, he was arrested for a negligible possession of drugs inside his house and in the Arriola case the five defendants were arrested with cannabis in their possession while they were walking down the street All in all, the Court ruled against the penalty in both cases.

In his criticism of Cassation’s rejection in the Rodríguez case, Rosenkrantz clarified that persons deprived of their liberty do not lose all their rights by the mere fact of being imprisoned, which allows them to demand that their privacy be respected just like any other person.

It is a vote that differs, for example, from the one issued by Attorney Eduardo Casal a few years ago in a similar case, when he ruled that “thePossession of drugs in prisons is never a private action” and that prisons they are “establishments intended for the forced accommodation of people who must live together in shared spaces, that is, in such conditions that make it practically impossible for the possession, and even more so, the consumption of narcotic drugs to have no significance for third parties.”

For the magistrate, Arriola “protects an area of ​​personal freedom somehow linked to self-determination which should be beyond the reach of state reproach”. Rosenkrantz quoted former Court judge Enrique Petracchi: “The most perspicuous characterization of that idea appears in the words of Judge Petracchi, which should be quoted again: every person ―enjoys the right to be left alone by the State to ensure the autonomous determination of his conscience.

The much discussed article 19 of the Constitution, cited in Arriola and Bazterrica, and now in this case Salvini, says that “the private actions of men that in no way offend public order and morals, or harm a third party, are only reserved to God, and exempt from the authority of the magistrates”.

For Lorenzetti, precisely, “it is not only about respect for actions carried out in private, but about the recognition of an area in which each adult individual is sovereign to make free decisions about the lifestyle they want.”

The magistrate understood that it is ruled out that the possession of marijuana had a distribution destination or that it had significance in third parties, for this reason he considered that the drug law (specifically the second paragraph of the questioned article 14) “cannot find support in the circumstance of that the possession of narcotic drugs for consumption has taken place within a prison establishment. For although it is evident that the deprivation of liberty necessarily entails a restriction on personal autonomy and the right to privacy of the people who suffer it, in no way can it be considered that the definitive loss of said rights matters.

Alberto Fernández enacted the industrial cannabis law: “It is another victory against hypocrisy”
The province of Santa Fe already cultivates its own marijuana plants to manufacture high-quality medicinal oil

Not all news on the site expresses the point of view of the site, but we transmit this news automatically and translate it through programmatic technology on the site and not from a human editor.
Sara AdmAugust 31, 2022
Facebook Twitter LinkedIn Pinterest WhatsApp

Chic and essential pearl jewelry that will always be in style