José Watanabe, one of the most important Peruvian poets.

We can imagine little José carefully watching his father manipulate the chisels, gouges, sandpapers, mallets; tools from his carpenter’s shop. Over there, harumi watanabe was dedicated to restore popular religious figures in wood that his neighbors brought him. It was one of his trades, learned in his Japan native. Pious virgins, suffering saints and crucified Christs were the objects of these restorations. Recover the broken parts, their original ways, their expressions, brilliant colors.

Don Harumi was a good craftsman, although he always received some complaint about his work. As his son and his poet already remembers in his brief essay praise of restraint: “My father was buddhist, but he put the most devout effort to repair the Catholic images. He never had claims, except with the Christs. His calm faith and without drama led him to paint the crucified only a discreet wound in the side. Then his clients demanded the traces of passion, the strident blood of tragedy ”.

Jose Watanabe (Laredo, 1945- Lima, 2007) poet and film scriptwriter inherited that “restrained” spirit from his father. Because in the expression of emotions “chest inside, tragedies, intensities, abysses can enter, but these should not be expressed with long gestures”, the poet continues in his essay, the key to his style was in what was said and written . From his Creole mother Paula Varasalso received a “retained attitude with a hint of hardness and harsh air” plus a special sensitivity for the different forms of nature; animals, plants, stones. There, in his Laredo, a small peasant town of some 3,000 inhabitants in the north of the Peru. 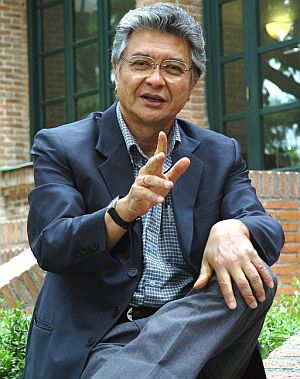 Watanabe is one of the most representative voices of the 70’s generation, which broke with tradition and approached popular speech.

in 1970 Watanabe received the Prize of the Young Poet of Peru contest for his first book family album. That immediately placed him in the ’70 generation of his country. A marked generation, like many of the latin american poetry of that decade, for his closeness to popular speech from which he will move away in his later books. Thus, his style headed towards a sensitive observation of nature accompanied by an austere language. Like the haiku -traditional Japanese poem of three short verses- that he heard recited from his father as a child among “the chickens and ducks in the yard” at home. Popular poetry where “the anecdote rises to knowledge”, according to his words. His collections of poems then went to that area. Since The spindle of the word (1989), Natural History (1994) things of the body (1999) to the winged stone (2005) and flags behind the fog (2006).

Distance and closeness, abstraction and intensity; a way of discovering the emotion in the right word and in the small gestures of nature, of living beings. Places where the sun, the moon, the plants, the mountains, the animals together with women and men become one and at the same time separate. Where the poetic voice and the eye, always human in the poetry of Watanabeoffer an exact proportion of our limited journey in time, of what we are on the planet: “From these flowers I will learn, once again, / that the poetry that I love so much can only be / a fleeting and delicate action of the eye” (‘Flowers’, flags behind the fog2006). 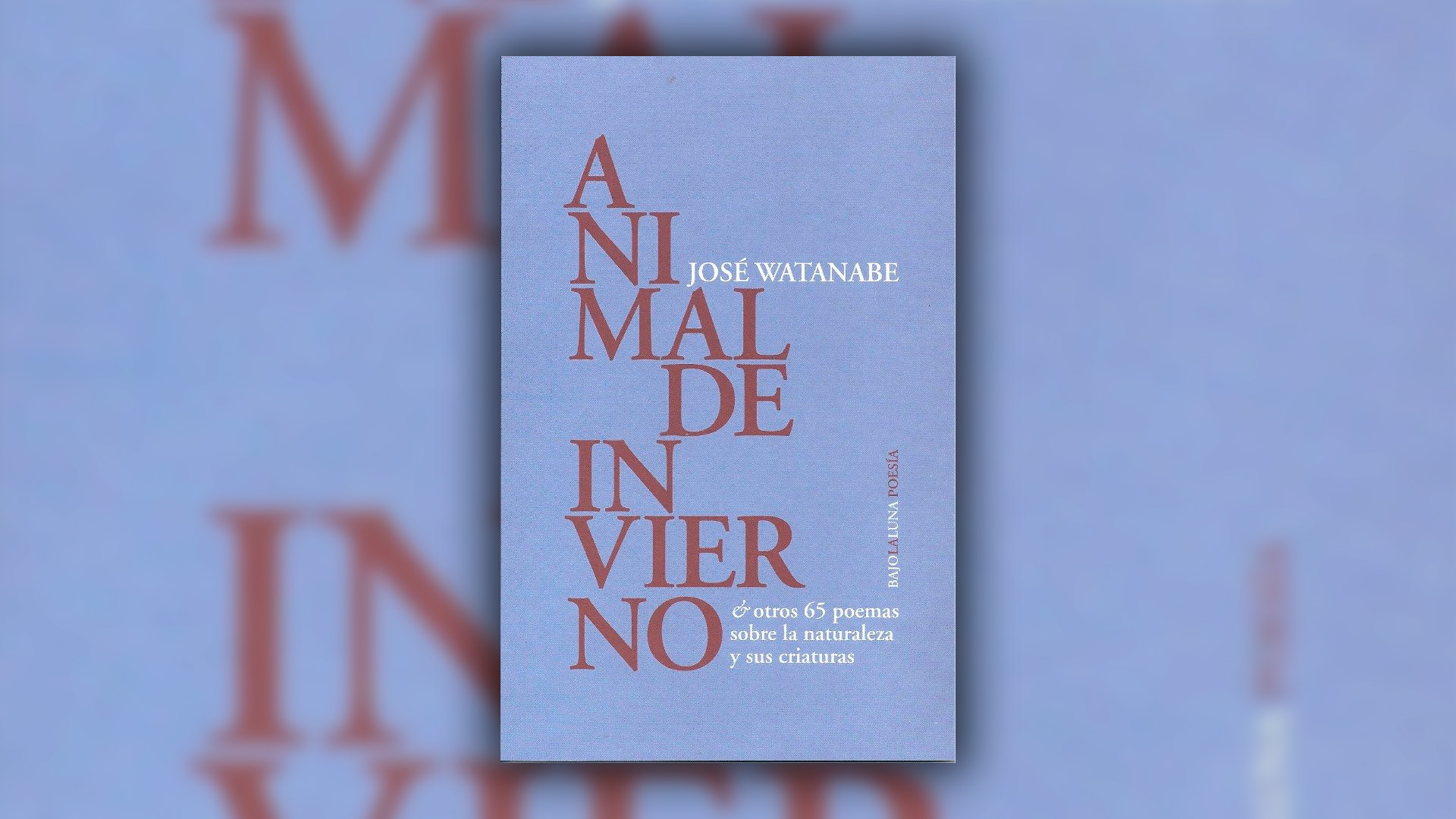 Made from a rigorous reading of the entire work of Jose Watanabethe anthology winter animal from the Bajo la Luna publishing house, whose reissue has just come out, brings together 66 poems “about nature and its creatures”. the editor Valentina Rebasa, also a designer and photographer, was the main promoter of this exquisite anthology. She was the one who, along with Daniel Lipara Y Miguel Balaguercarefully selected each of his poems.

Valentina Rebasa passed away this week in the City of Buenos Aires at the age of 52. He left abruptly with a dignity and restraint that he would have appreciated. Jose Watanabe. From his sober and insightful character, he was a fundamental pillar of Under the moonan inescapable hallmark when investigating the contemporary Argentine poetry most representative of the last 30 years. In the words of Miguel Balaguer “we owe Valentina; to her reader’s eye, to her immense aesthetic talent and to her poetic sensibility the best books of this publishing house”. Go, then, these last and heartfelt words to her dear memory. Inconsolably, we will miss her.

It’s time to go to the mountains again

to find a cave to hibernate.

I go without lying to myself: the mountain is not a mother, its caves

They are like empty eggs where I collect my meat

I will see again on the slopes of the massif

in ancient times they were traversed

by chills of a living creature.

Today, after millions of years, the mountain

is out of time, and does not know

how is our life

nor how it ends

There she is, beautiful and innocent in the mist, and I walk in

in his perfect indifference

and I curl up delivered to the idea of ​​being another substance.

I have come for the umpteenth time to fake my resurrection.

In this stony world

no one will be happy with my awakening. I will be alone

and I will touch myself

that I am not yet the mountain.

“La Noy”, the poet who illuminated from the Buenos Aires underground to the Brazilian carnivals
Friday’s poem: Do the children come from Paris? When César Vallejo went there to look for the dead mother
The poem of Fridays: the last innocence of Alejandra Pizarnik

Not all news on the site expresses the point of view of the site, but we transmit this news automatically and translate it through programmatic technology on the site and not from a human editor.
Sara Adm2022-12-02
188
Facebook Twitter LinkedIn Pinterest WhatsApp

Christina Applegate Says This Will Likely Be Her “Last Acting Awards”