The writer and journalist Hector de Mauleon through his Twitter account, he condemned revelations of Beatriz Gutierrez Mullerwife of the president Andres Manuel Lopez Obrador of certain luxuries and trips in Puerto Vallarta:

“Stays in Vidanta and walks of the lady on Army ships, tips from the US embassy on money movements that end in nothing, messages that against all protocol the Secretary of Defense sends to her email and they are hacked… In short, let them put Boy Che” he wrote.

In his social network, the writer highlighted a text from Peniley Ramirez where they make revelations about the trips of the wife of the president of Mexico, it was said that Müller took a vacation in a hotel of the group Vidanta in Vallarta Port As data, it is a luxurious world-class resort, where the price per night is 910 dollars, approximately 18,236.31 Mexican pesos.

The text reads that during these holidays Gutierrez Mueller, after walking along the beach, around 10 in the morning, he boarded an Army boat, dedicated to search and rescue; In addition, some soldiers made land tours, while members of the eighth naval zone followed her on her sea tour in a coast guard vehicle. Three hours after enjoying the ride, she returned to her hotel. 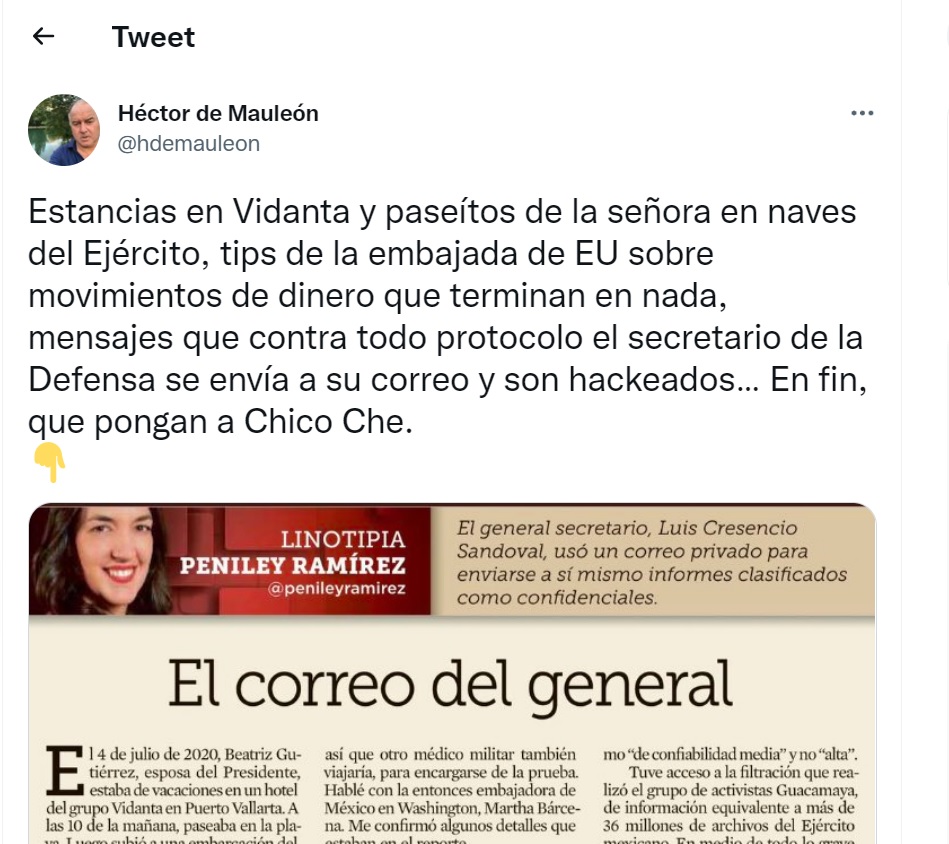 This is the text that the writer and journalist Héctor de Mauleón published through his Twitter account. (Photo: Twitter/@hdemauleon).

And it is that while she was enjoying the beaches of Puerto Vallarta in the Sedena They were preparing for AMLO’s visit to Washington on July 8. It should be noted that the information on the first lady’s trip and Lopez Obrador they were classified as confidential information, but were sent from a personal Apple email from Secretary Luis Cresencio Sandoval.

It was said that in that report there were many details of the Mexican president’s visit to the United States; Everything was revealed, from the itinerary, routes, names of his escorts and even who would be the military doctor who would travel with him to perform the covid test.

In this text taken up by Hector de Mauleon It is specified that since 1990 there are orders in the army that prohibit the use of personal emails to send any confidential information.

And that’s not all because through Sandoval’s personal email another secret document: It was a video with the progress of the construction of the Felipe Ángeles airport. In the same email there were two more documents, one of them from July 2020 indicating that Sedena was carrying out an operation to monitor a flight that was transporting money from organized crime to Venezuela. The other was about a supposed plane that would take uranium to the same country.

And there is even more because, in addition to reserved data on the president, wife and children, the executive agendas of the high command also appear, such as: where are the military detachments in the country, how many officers were there in each one; among other national security issues. 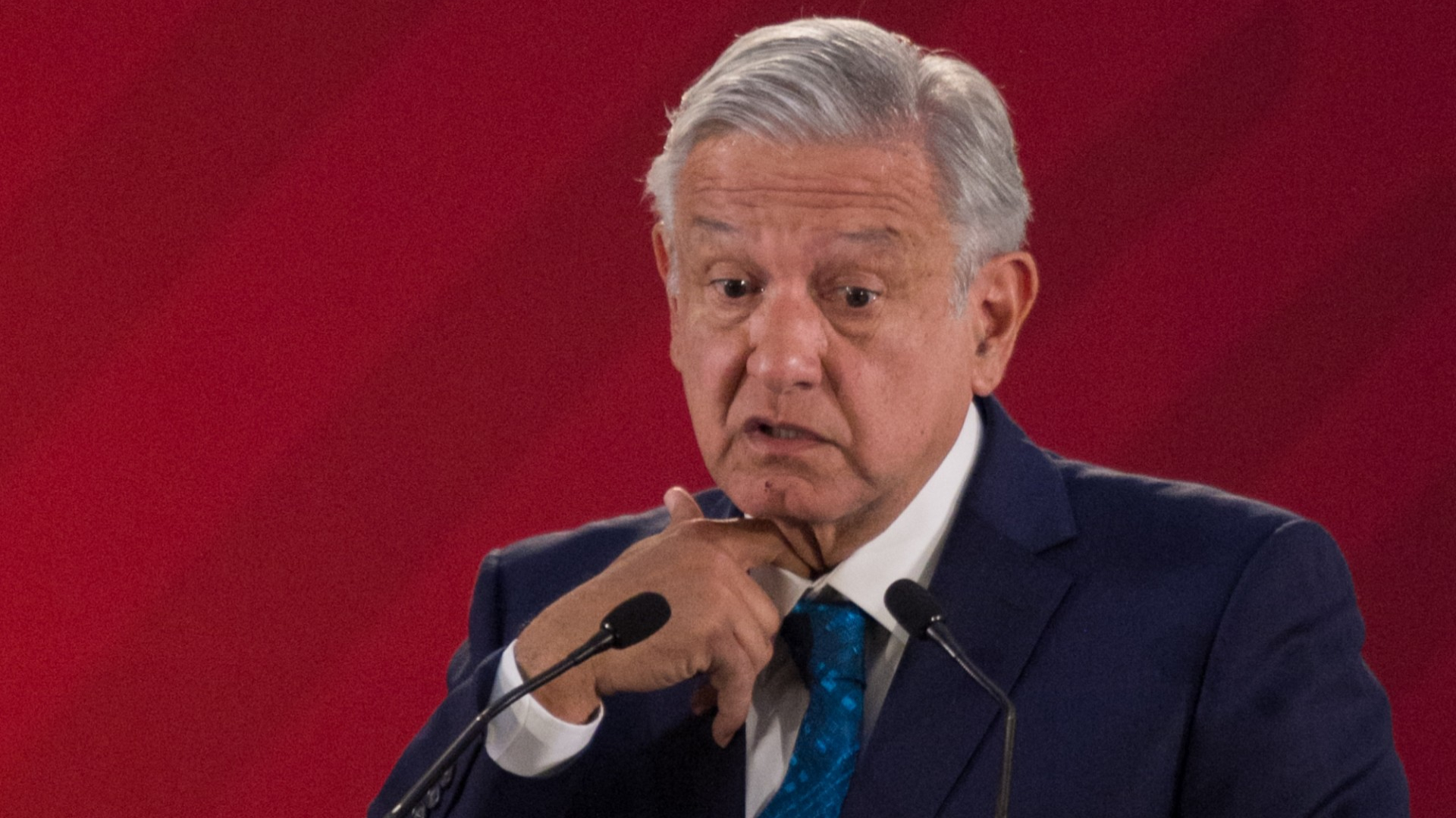 A few days ago the news was released that the Mexican government suffered a massive hack by the international group of activists called Guacamaya. (Photo: CUARTOSCURO)

You might be interested in: Domestic chores and protection on private trips: the actions of soldiers in service of the AMLO family

To the above, the president of Mexico is more exposed, as it should be remembered that a few days ago the news was released that the Mexican government suffered a massive hack by the international group of activists called Guacamaya, who violated the system of computation of the Secretariat of National Defense (Sedena) to access information dating from 2016 to September of this year.

According to the journalist Carlos Loret de Mola, it is the largest cyberattack in the country’s history, as it uncovered thousands of confidential documents (untested) from the government of President Andrés Manuel López Obrador. “Texts, attachments, newsletters, letters, videos, many of which are listed as ‘confidential’ […] This break-in into the Army’s computer systems constitutes the most serious breach of cybersecurity by the Mexican government in its history.”

From details about the true state of AMLO’s health or the disputes between the heads of Sedena and the Secretary of the Navy (Semar), the full version of the “Culiacanazo”, as well as weak customs security, are some of the findings exposed in the six terabytes of material.

Not all news on the site expresses the point of view of the site, but we transmit this news automatically and translate it through programmatic technology on the site and not from a human editor.
Sara Adm2022-10-10
Facebook Twitter LinkedIn Pinterest WhatsApp