Forest fire is activated near the sanctuary of the Lord of Huanca in Cusco. Photo: IRTP

An ecological disaster. ORn new forest fire was activated in the district of San Salvadorprovince of decal, Cuzco. This emergency is located near the Sanctuary of the Lord of Huanca. Residents and police agents have tried to control this Sinisteraccording to the report of the VII Macro Police Region from Cusco.

According to a report, the brigades are carrying out work to put out the fire that is moving through the sector sound. The agents left the police station after seeing that the fire was advancing dangerously through the grasses and native trees. Likewise, it was announced that it was only controlled in the lower parts of a hill, but it continues in the upper area.

The incident was reported by the fire company of Pisac, Calca and San Jeronimo, as well as the police personnel carry out the search for the possible perpetrators. This fire is added to the more than 60 that were registered in the Cusco region.

So far, no injured people have been reported, but natural damage has been reported, which is feared that the incident will reach homes in the area. In the course of hours it will be reported how many hectares are affected.

The figures recorded in the Cusco region are worrying. 4,830 affected hectares have been registered, reported the National Forest and Wildlife Service (Serfor) of Ministry of Agrarian Development and Irrigation (Midagri).

Romina Liza Contreras, coordinator of the Serfor Satellite Monitoring Functional Unit, indicated that so far in 2022, 449 fire alerts have been reported nationwide. In addition, she indicated that the provinces in the southern zone of Cuzco that have registered the greatest number of cases are: Anta, Calca, La Convencion, Paucartambo, Quispicanchi, among others.

One of the main consequences is the damage against the health of the population. The people who live close to the events are exposed to the smoke produced by the accident, this leads to burns, suffocation, asthma attacks, irritation of the respiratory system, headaches, heart disease, among others. 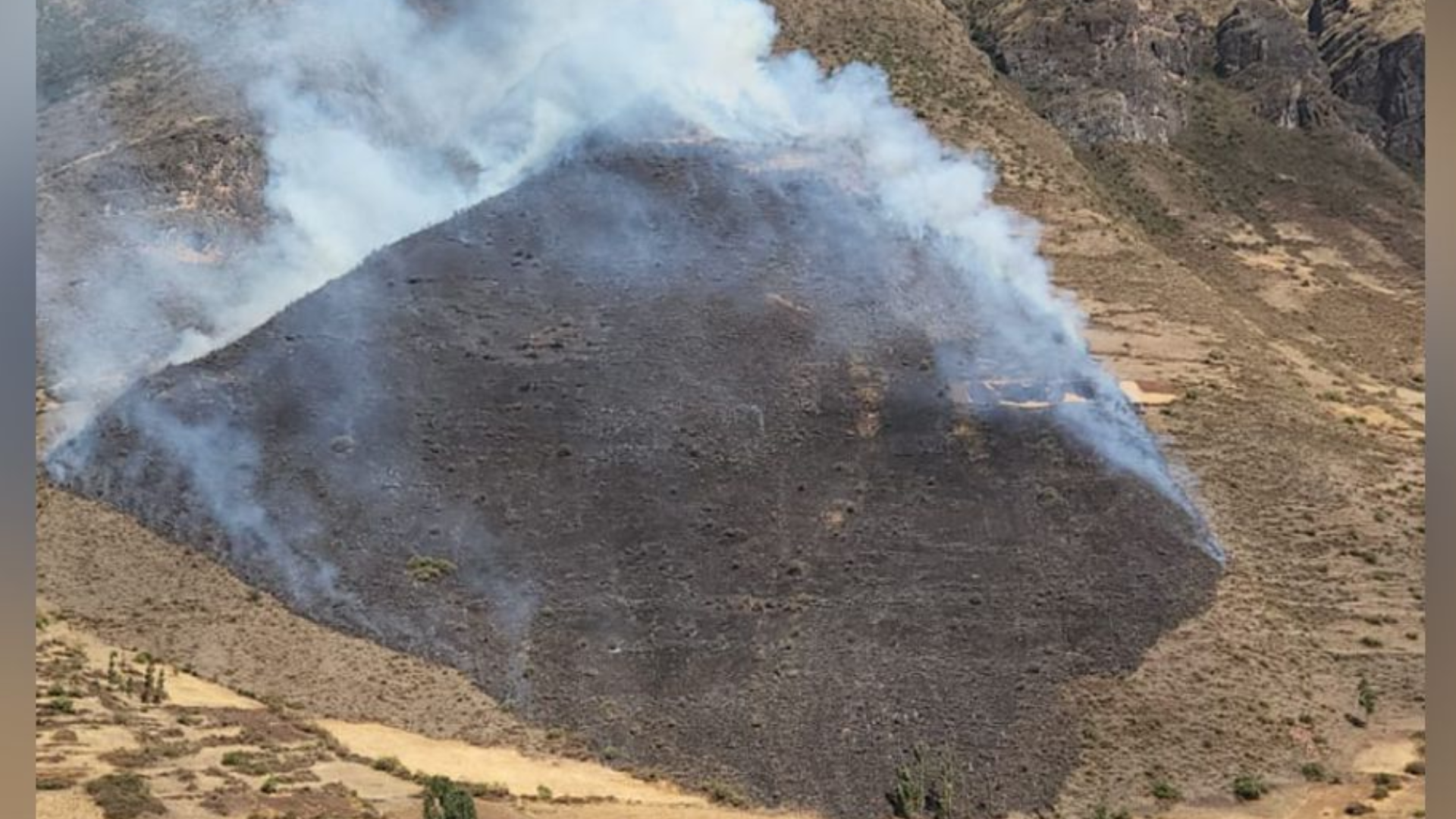 The authorities reported that the incident has not yet been controlled, which is added to the more than 60 that have been reported in the region. Photo: PNP

In September 2021, a fire was registered in the area of bear port, limit of the Cusco provinces of Anta and La Convencion. This sinister could be controlled after 2 months.

In recent weeks, large-scale fires have also been reported in the community of Suncco, in the district of San Jerónimo, Cuzco. Also, on the hill Lechemoccolocated in the province of Canchis.

On the other hand, on the last Saturday, July 30, the Regional Emergency Operations Center (COER) of Ancash reported a forest fire in the province of Huaraz. The origin had anthropic causes that generate damage to the vegetation cover in the town of Ichoca. The fire destroyed more than two hectares of vegetation.

Not all news on the site expresses the point of view of the site, but we transmit this news automatically and translate it through programmatic technology on the site and not from a human editor.
Sara Adm2022-08-09
Facebook Twitter LinkedIn Pinterest WhatsApp

Elisha Cuthbert: I was ‘rushed’ to pose for men’s magazines as a young actor