A toxicology report listed traces of 10 substances in his body while the exact cause of death remains unknown and investigators did not say whether the drug mix was a contributing factor.

As Breitbart News reported, Hawkins, 50, died at a hotel in Bogota, with the band due to play a music festival this weekend.

The AP reports that medical examiners were working “to get full clarity on the facts that led to (Hawkins)’s death.”

Hawkins’ death was announced by the Foo Fighters in a statement, in which they said they were “devastated” by the loss and pleaded for his family to be given privacy.

The mayor’s office said a local emergency line received a call Friday night about a “patient complaining of chest pain.”

A doctor “performed the respective resuscitation maneuvers, but there was no response and the patient was declared dead,” he added, giving no cause of death.

On Saturday, a source from the Bogota attorney general’s office, who was not authorized to speak to the press, told Reuters news agency: “We have opened an investigation to establish the cause of the musician’s death. .”

Hawkins was born in Fort Worth, Texas and is survived by his wife Alison and their three children. 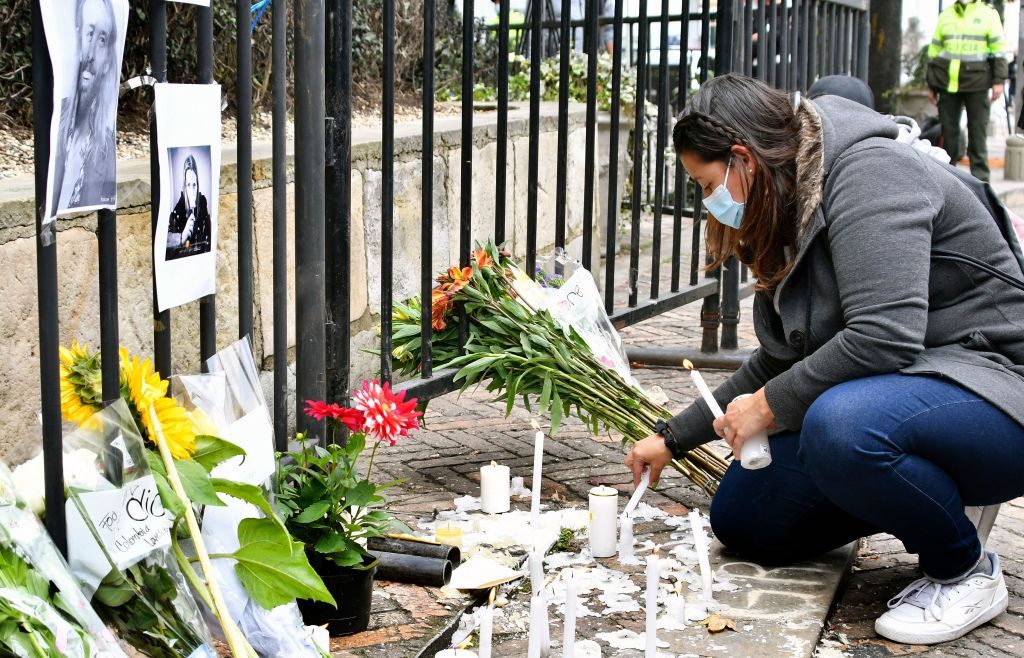 A fan lights a candle outside the hotel where Foo Fighters drummer Taylor Hawkins died, March 26, 2022 in Bogotá. (DANIEL MUNOZ/AFP via Getty)

He joined the band in 1997 and in addition to his drumming skills, he wrote credits on several songs and occasionally sang at concerts.

The Foo Fighters have canceled their remaining South American dates.

Not all news on the site expresses the point of view of the site, but we transmit this news automatically and translate it through programmatic technology on the site and not from a human editor.
WilliamMarch 27, 2022Last Updated: March 27, 2022
Facebook Twitter LinkedIn Pinterest WhatsApp

Winners, losers from NFL schedule release: Who’s had the toughest breaks on the 2022 slate?