Liverpool and Man City are likely to be at full strength as the title rivals look to make a statement as they face off in the Community Shield on Saturday.

The clash between arguably the best two in the English top flight will take place at the King Power Stadium in Leicester City, with kick-off at 5pm (BST).

The two will try to claim the first piece of silverware to be won in the traditional curtain raiser ahead of the new Premier League season, which begins on August 5.

Liverpool boss Jurgen Klopp has confirmed Adrian will start between the sticks for his side, with Alisson and Caoimhin Kelleher sidelined with knocks, but the forced change could be the only alteration to the club’s first choice. German XI.

Diogo Jota will also miss the clash, having suffered a hamstring injury at the start of pre-season.

Kostas Tsimikas and Alex Oxlade-Chamberlain also join the striker on the treatment table.

“Ali [Alisson Becker] trained today more than the day before, so he will definitely be available for Fulham, but not for the weekend,” Klopp said in his pre-match press conference.

“Diogo [Jota] isn’t here with us, so how could he play a football game? It will take time, unfortunately.

Darwin Nunez, meanwhile, is set to make his debut on English soil as the Uruguayan prepares to do battle with Erling Haaland.

The Reds are set to start with skipper Jordan Henderson in the middle alongside Fabinho and Thiago Alcantara, although Naby Keita and Curtis Jones are alternatives.

Liverpool have been crowned Community Shield winners ten times – sharing the honor in five other seasons – but it’s not since 2006 that the Reds have gotten their hands on that particular piece of silverware.

How Liverpool could look against Man City: 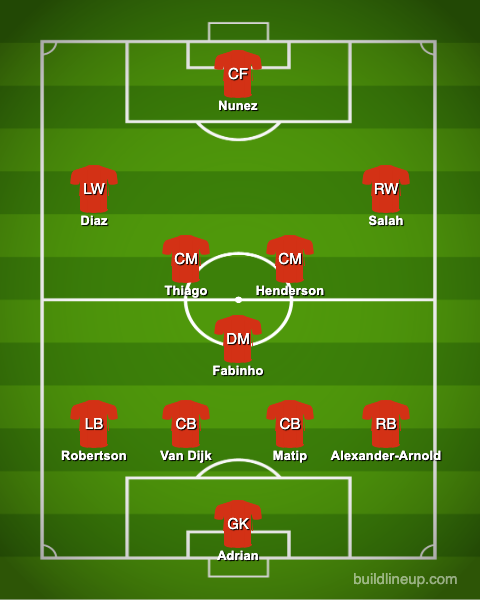 Opponents Man City will be without Aymeric Laporte after Guardiola confirmed the centre-back has been sidelined until at least September through injury.

“Laporte is injured. He had surgery after the last games, he made an incredible effort,” Guardiola told reporters.

“He had surgery, he is doing incredibly well, you have to be careful. It’s his knee, he could be out until September.

His setback means John Stones should start alongside Ruben Dias, in favor of Nathan Ake, who remains at the club despite recent links with a return to Chelsea.

Joao Cancelo, who recently picked up the No.7 shirt after Raheem Sterling’s transfer to Chelsea, is expected to start at left-back.

Rodri might be preferred over Kalvin Phillips in the defensive midfield role, and the usual creative duo of Kevin de Bruyne and Bernardo Silva are expected to feature on either side of the Spaniard.

How Man City could line up against Liverpool: 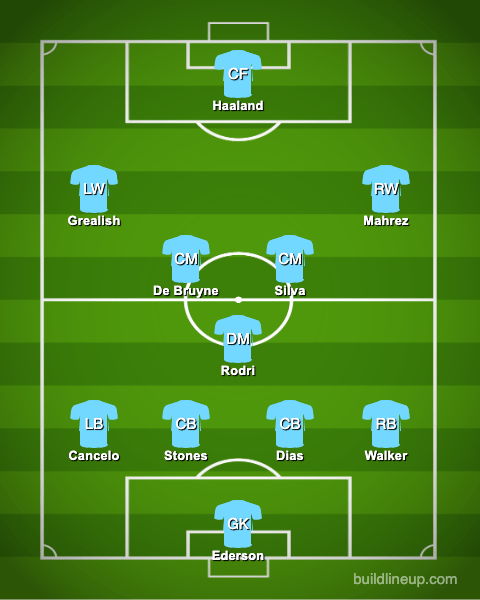 Erling Haaland could start up front as the main striker, with Jack Grealish and Riyad Mahrez partnering him on the left and right wings, respectively.

“I can’t see it not starting, it’s a curtain raiser, a showcase game, you want your best players to start,” he said. talkSPORT.

“He looks sharp and has had a good few weeks under his belt doing some extra fitness work and getting used to Pep Guardiola’s style of play.

“It will be difficult for Haaland to grab something under Guardiola, but the best players are finding a way.”

Tune in to talkSPORT for LIVE commentary of Man City v Liverpool in the Community Sheild, Saturday July 30, kick off: 5pm

Paris of the weekend

Not all news on the site expresses the point of view of the site, but we transmit this news automatically and translate it through programmatic technology on the site and not from a human editor.
smsmalex2022-07-29
Facebook Twitter LinkedIn Pinterest WhatsApp

New week, same problems for the Bombers and how star Swan single-handedly sank the Hawks