The Ring honored Queen Elizabeth II with a military honor guard and a minute’s silence before play began; South Africa played for 118 with Ollie Robinson taking 5-49 and Stuart Broad 4-41; England finished 154-7, a 36 lead, in response with Marco Jansen taking 4-34 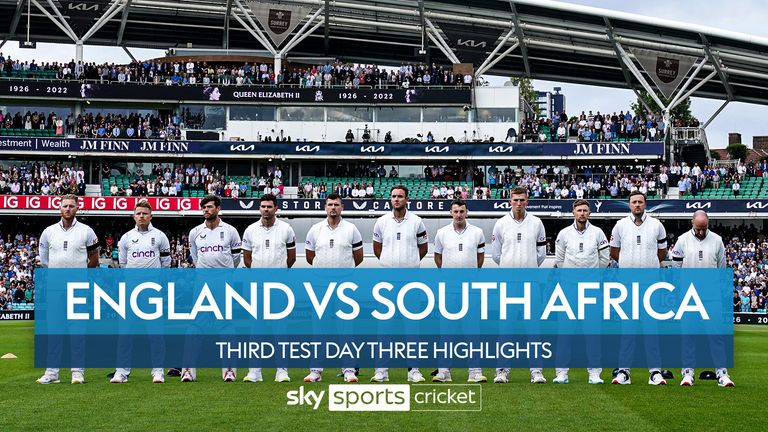 Ollie Robinson took a career-best 5-49 as England took the lead in the third Test against South Africa after a day in which 17 wickets fell in just 70 overs.

A remarkable morning at the Kia Oval began with a poignant tribute to the passing of Queen Elizabeth II.

Once play started, the English seams quickly found their groove as six wickets were knocked down in the first 12 overs and, despite little resistance from the lower order, the Proteas were all out midway through the session. the afternoon.

Stuart Broad took 4-41 and James Anderson (1-16) claimed the other wicket.

Despite losing their first games early, England ran 84-2 at tea and looked set for a sizable first-leg lead before being reduced to 154-7, a 36 lead, at the end. as South Africa responded with a 4 by Marco Jansen. -34.

The Oval pays tribute to the Queen as cricket returns

With plans to honor the Queen before the game began, the vast majority of a capacity crowd was in their places early and a hush fell on the floor as a military honor guard was formed.

The umpires and both teams walked out in near silence and lined up outside the Micky Stewart Pavilion for the official minute of silence, which ended with a chime from Senior NCO Robert Brockelsby Miller of the Irish Guards .

This was followed by the national anthems, sung by Laura Wright, culminating with a rendition of God save the king. 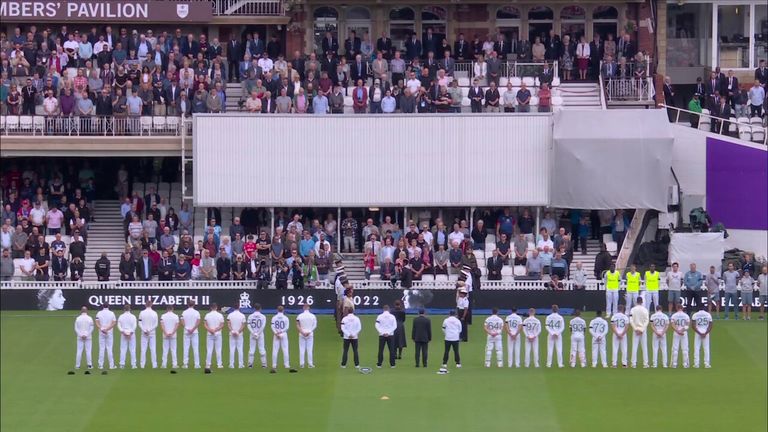 Not all news on the site expresses the point of view of the site, but we transmit this news automatically and translate it through programmatic technology on the site and not from a human editor.
Eleon2022-09-10
Facebook Twitter LinkedIn Pinterest WhatsApp