The Becks put “health and sickness” to the test.

ATHENS, Ga. — In sickness and in health. A North Georgia couple celebrate their vows after an incredible wedding ceremony in the most unlikely place: an emergency room.

Pastor Johnny Wright worked at the same church for 31 years and performed many wedding ceremonies, but says he has never seen a ceremony like this.

Wright saw the Becks’ journey go from the chapel to the ER in a matter of hours.

Daniel Beck said he just wanted to see his fiancée walking down the aisle.

His new wife, Sadie, said she just wanted to marry her best friend.

Their wedding day started as planned. Bear Creek Baptist Church was filled with all who love them.

“Just the fact that they had that glow about them,” Wright said.
They were looking forward to it, we were so happy for them.”

PICTURES | North Georgia couple get married in the ER 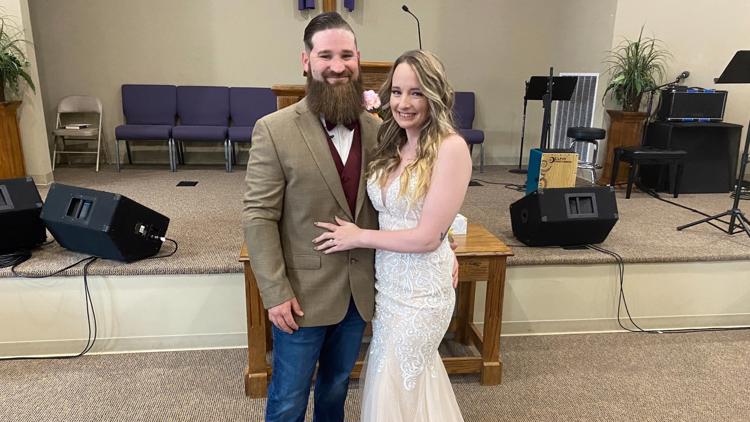 But an hour before wedding bells, their anticipated vows would be put to the test.

“Her color was completely gone, she was as pale as she could be,” Wright said of Sadie.

Sadie is struggling with health issues that she didn’t want to disclose. On her wedding day, the future bride was rushed out of the church.

“We called an ambulance, and that was a first for me, an ambulance at a wedding,” Wright said.

The pastor followed the couple to the Piedmont of Athens, where the bride and groom opted for a new place: the emergency room.

“I was finally going to marry my best friend. We always used our personal wedding vows that we wrote to each other. We used paper towels as rings until our rings arrived,” Sadie said of the impromptu ceremony. .

With the hum of hospital equipment in the background, the two exchanged vows and shared a kiss under the fluorescent lights, as Wright directed.

“They were smiling ear to ear. And when he kissed his fiancée in that hospital bed, I thought, ‘That’s really unique,'” Wright said.

Nurses and doctors decorated the room with balloons and signed a hospital blanket as a wedding gift.

But Sadie’s dress wasn’t exactly what she had planned for her special day, so her loved ones staged a redesign.

Two months after taking an early “sickness and health” test, she put on her precious wedding dress.

“Just excited to feel amazing in it, even if it’s just for a few minutes, to put it on and see his smile,” she said.

Daniel finally had the chance to greet his fiancée at the end of the aisle.

Not all news on the site expresses the point of view of the site, but we transmit this news automatically and translate it through programmatic technology on the site and not from a human editor.
Sara Adm2022-05-05
187
Facebook Twitter LinkedIn Pinterest WhatsApp