He can’t stop scoring tries – after Reece Walsh drops a regulation bomb, the Cowboys are good at possession in the Warriors 20 and are taking full advantage!

It’s pretty routine and Jeremiah Nanai makes a one-on-one tackle and dives for his 15th try of the year. 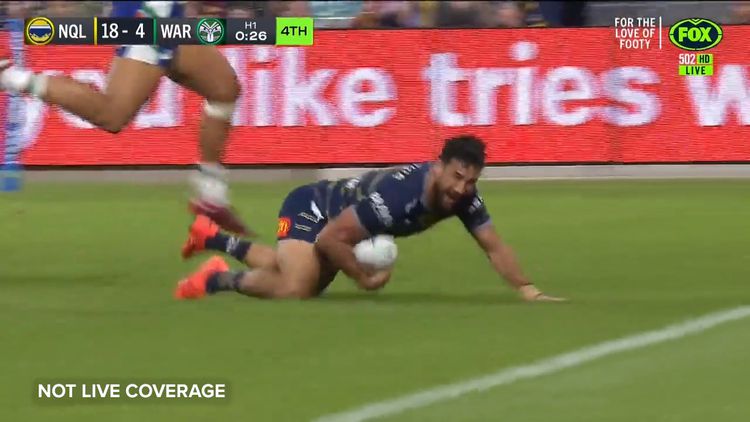 But they weren’t finished until halftime – three tackles after the restart, all their big guns combine to produce a break down the left.

Tom Dearden heads for the line before feeding Scott Drinkwater, whose deft pass puts Valentine Holmes in space – Dearden backs up to collect the ball, then passes it to Peta Hiku to run away and score!

It was 12-4 about three minutes ago, now North Queensland will take a 20-point lead in the sheds.

Dana White shows off a new shipment of sneakers, including the ‘Bart Simpson’ pair with the UFC president, previously admitting his passion for shoes sees him buying 10-15 pairs a month