The Health Secretary (SSa) reported that until this Saturday, August 06, 6,854,180 cases of accumulated coronavirus infections have been registered (COVID-19). In addition, since the start of the pandemic, Mexico has suffered 328,306 deaths from the disease.

On the other hand, it is estimated that there has been 6 million 18 thousand 278 people recovered10 million 223 thousand 732 negative cases and a total of 17 million 831 thousand 555 people studied since the first case. 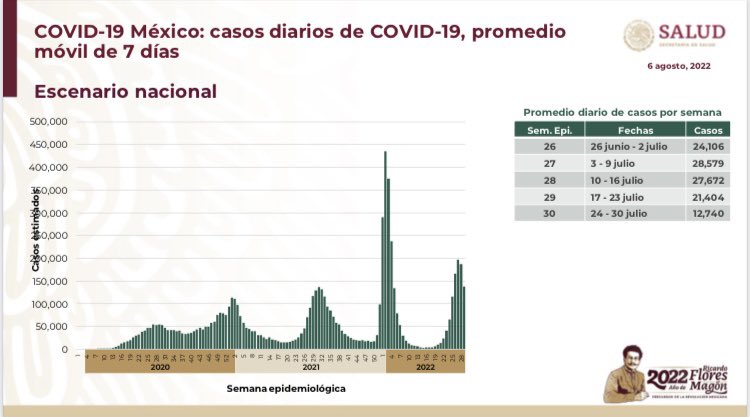 To date, there are estimates in the country 121 thousand 538 active cases of the illness; that is, the patients who began to present symptoms in the last 14 days (from July 24 to August 6, 2022).

The entities with the highest number of active cases of SARS-CoV-2 per 100,000 inhabitants in descending order are: Mexico City, Baja California Sur, San Luis Potosí, Tlaxcala, Aguascalientes, Colima and Coahuila.

The most affected age group in the last five weeks are the people from 18 to 39 years old.

Refering to hospital availabilitythe average occupation of general beds in health centers throughout the country is 13%while of 5% for beds of intensive therapy. 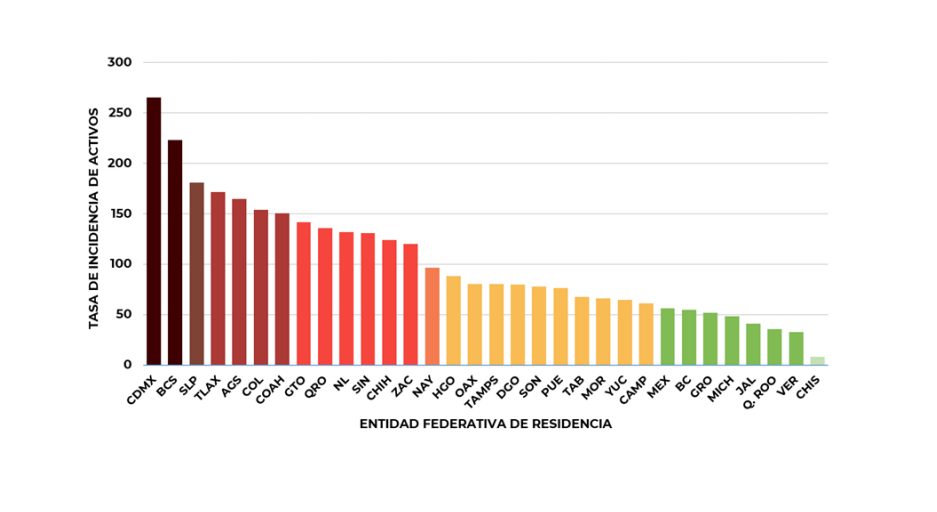 Currently, Mexico is the fifth country in the world with the most deaths from the coronavirus, only below the United States, Brazil, India and Russia; and it is number 18 in number of infections, according to the latest update of the Johns Hopkins University. 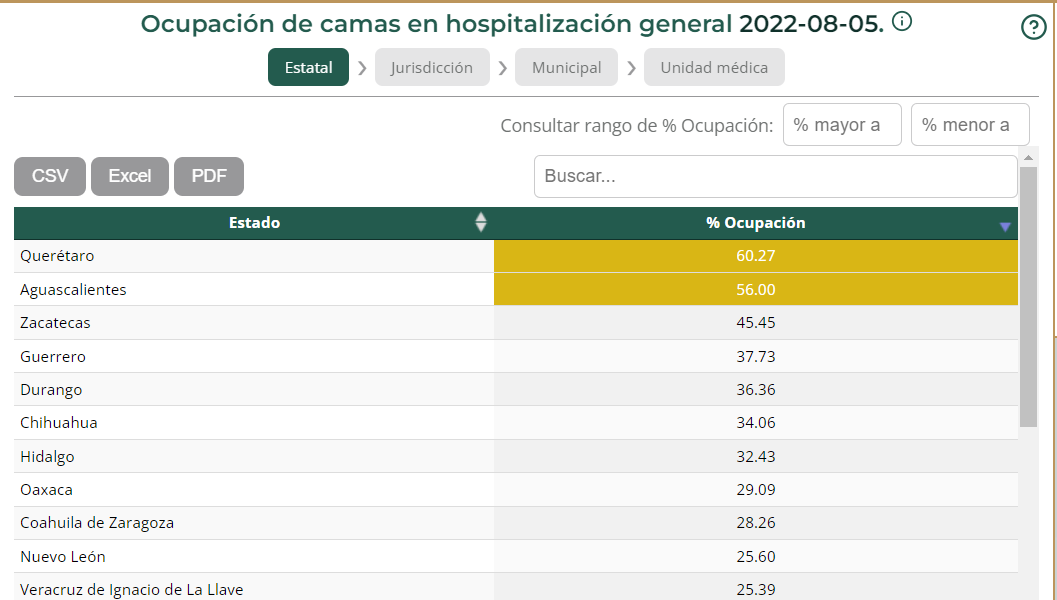 The Ministry of Health also reminds that, in case of presenting symptoms of COVID-19the person must self-isolate for at least seven days and be aware of the evolution of the disease.

Registration is still open on the site mivacuna.salud.gob.mx for the vaccination of adolescents, girls and boys from five to 11 years of age, as well as adults who have yet to start or complete schemes or reinforcement.

Vaccination is the most effective way to reduce the possibility of the disease progressing. People over 60 years of age, those with some comorbidity or pregnant women are at greater risk of complications.

Mexico received 180,000 boxes of Paxlovid, an oral drug against COVID-19
COVID-19 can damage the heart and science begins to clarify the reasons
In search of treatments for prolonged COVID: what are the 5 keys to know who to consult

Not all news on the site expresses the point of view of the site, but we transmit this news automatically and translate it through programmatic technology on the site and not from a human editor.
Facebook
Messenger
WhatsApp
Twitter
Google+
Posted by Sara Adm In News Last Modified 5 days ago 5 days ago

Anne Heche under the influence of cocaine at the time of the accident: report

Soccer: the federation ready to negotiate with the new union