Following the detection of tramadol in a dried blood sample, Colombian cyclist Nairo Quintana has been disqualified from the 2022 Tour de France. Despite the race wrapping up last month, the dried blood samples were randomly tested and found the presence of tramadol and its two main metabolites.

Tramadol was put on the banned substance list by the International Cycling Union (UCI) in 2019 due to the side effects brought on by its use which include dizziness, drowsiness and loss of attention. Those symptoms can obviously lead to catastrophe in a crowded sport like cycling which is why the decision was made to add it to the list.

While Quintana has the opportunity to appeal the decision, it seems unlikely that it would be overturned.

“In accordance with the UCI medical rules, the rider is disqualified from the 2022 Tour de France. This decision may be appealed before the court of arbitration for sport within the next 10 days,” the UCI said in a statement. “As this is a first offense, Nairo Alexander Quintana Rojas is not declared ineligible and can therefore participate in competitions.”

Because tramadol is on the banned substance list for medical reasons, it will not be listed as a doping infraction, but will still count against Quintana in future decisions which could lead to his ineligibility. 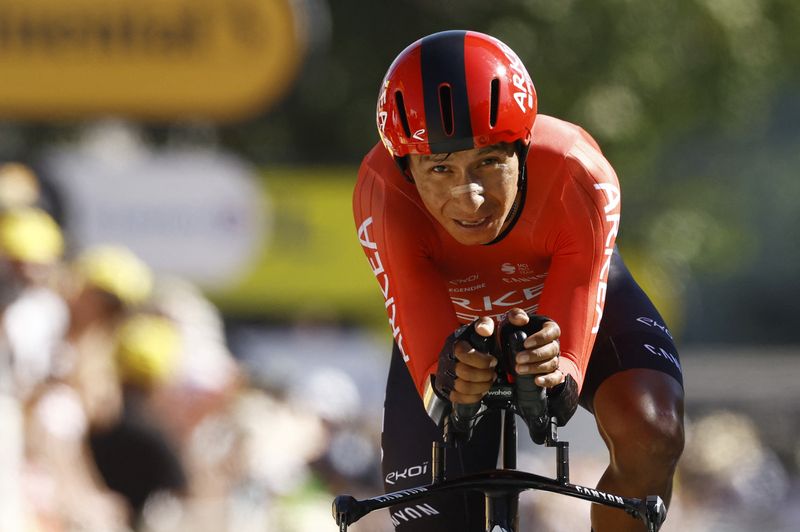 According to studies conducted by UK Anti-Doping, between 2012 and 2019, 4.4% of in-competition tests showed the use of the painkiller. Sixty-eight percent of urine samples collected across 35 Olympic sports came from cyclists.

Quintana did well in the Tour de France finishing in sixth in the general classification for Team Arkéa-Samsic, but sadly, his result will now be wiped clean due to what seemed to be a lapse in judgment.

Although Quintana is still able to compete, he announced Thursday that he will not be racing in the Vuelta a España which begins Friday.

“I communicate that I will not participate in the Vuelta to assert my reasons before the Court of Arbitration for Sport (CAS), I will return to the calendar races at the end of the season,” Quintana said in a short statement.

Not all news on the site expresses the point of view of the site, but we transmit this news automatically and translate it through programmatic technology on the site and not from a human editor.
Sara AdmAugust 18, 2022
Facebook Twitter LinkedIn Pinterest WhatsApp

US officials believe superyacht in Italy may belong to Putin: report

Ukraine: how it goes