ROME – The celebration of Christmas is not a cause of division but of unity, Pope Francis told the organizers of the Italian “Christmas Competition” for young songwriters.

The Christmas competition, which encourages young people to create original tunes to add to classic Christmas songs, “gives a voice to young people, inviting them to create new songs inspired by Christmas and its values,” the Pope said on Monday. .

“The beauty of Christmas shines in sharing small gestures of genuine love,” said Francis. “It’s not alienating, it’s not superficial, it’s not evasive; on the contrary, it dilates the heart, opens it to gratuitousness.

The pontiff also praised the Global Compact on Education, which promotes the Christmas Contest, emphasizing its mission “to train mature individuals capable of overcoming divisions and antagonisms, and to restore the fabric of relationships for the even of a more fraternal humanity “.

“For example, you have composed new Christmas songs and you have shared them for a bigger project, a project that believes in beauty as a means of human growth, to dream together of a better world,” he said. he declares.

“This world in which we live needs beauty in order not to sink into despair”, declared Francis, quoting his predecessor, Saint Paul VI.

“I thank you, dear young people, artists and sportsmen, for not forgetting to be the guardians of this beauty, which the Nativity of the Lord makes shine in each daily gesture of love, sharing and service”, was -he declares.

In his address, the Pope also recalled the special circumstances of this Christmas, when the world has not yet emerged from under the coronavirus pandemic and its consequences. 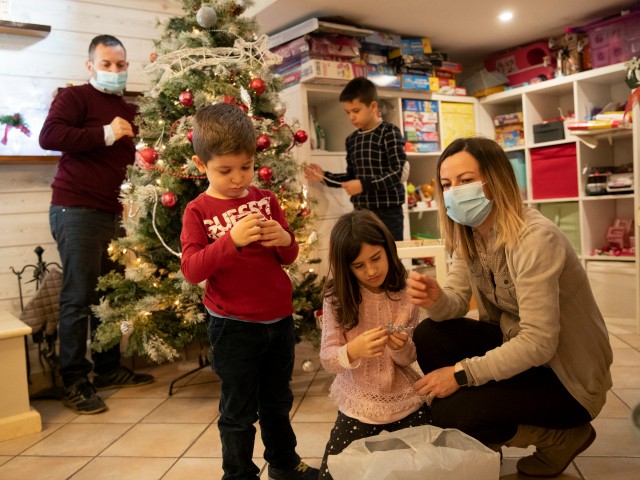 “I am happy to meet you, now on the threshold of Advent, the period which each year presents Christmas and its Mystery to us,” he said, referring to the preparatory period of four weeks before Christmas.

“This year too, its lights will be extinguished by the consequences of the pandemic, which still weighs heavily on our time,” he said. “All the more reason why we are called to question ourselves and not to lose hope. “

“The feast of the Birth of Christ is not out of step with the ordeal we are going through, because it is the feast par excellence of compassion, the feast of tenderness,” he declared. “Her beauty is humble and full of human warmth.