A cartel hitman died over the weekend in a Mexican border state when his cellmate killed him with a makeshift rod. The man was awaiting trial for a mass murder targeting seven victims at a birthday party.

The murder took place over the weekend at a state prison in Tamaulipas in Ciudad Victoria, law enforcement sources told Breitbart Texas. In one of the cells, Antonio Ibarra Patinan, 33, started fighting with his cellmate. It was during this scuffle that the cellmate allegedly pulled out a rod and began stabbing Ibarra, who died shortly thereafter from his injuries. The cellmate claimed he acted in self-defense.

Breitbart Texas originally reported on Ibarra’s arrest for his alleged role in a cartel attack at a birthday party that killed seven people. The cartel hitman, from Ciudad Mante, was a member of the Cartel Del Noreste faction of Los Zetas and had been sent to Ciudad Victoria as part of a hitman squad. As Breitbart Texas has reported, the CDN-Los Zetas are waging a fierce turf war against the Gulf Cartel for control of central Tamaulipas.

Unlike border towns where cartel gunmen can deploy dozens of armored vehicles, in Ciudad Victoria the war is fought primarily through targeted assassinations. In many of these incidents, gunmen killed innocent victims. 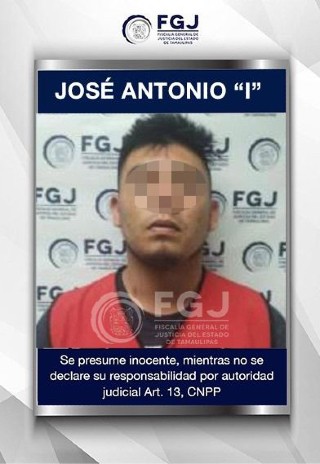 Authorities in Tamaulipas arrested Ibarra and Karla Lizbeth Duarte, 19, after a March 20 shooting. State authorities found the two in a hideout after they allegedly killed seven victims at a birthday party. Both were linked to other murders in Ciudad Victoria.

Editor’s Note: Breitbart Texas traveled to Mexico City and the states of Tamaulipas, Coahuila, and Nuevo León to recruit citizen journalists willing to risk their lives and expose the cartels that silence their communities. The writers would face certain death at the hands of the various cartels that operate in these regions, including the Gulf Cartel and Los Zetas, if a pseudonym was not used. Chronicles of the Breitbart Texas Cartel are published in English and in their original version Spanish. This article was written by “Francisco Morales” from Tamaulipas.

Not all news on the site expresses the point of view of the site, but we transmit this news automatically and translate it through programmatic technology on the site and not from a human editor.
William2022-04-26
201
Facebook Twitter LinkedIn Pinterest WhatsApp