The cardboard contained threats to the Gulf Cartel (Photo: Twitter/@MennyValdz)

A threatening message signed by him Northeast Cartel was found along with human remains inside two coolers, the discovery happened on Wednesday, December 21, first reports indicate that both the text and the containers were found in the Salinas Victoria municipalityin Nuevo Leon.

CJNG would be behind the disappearance of the Sedena colonel, José Isidro Grimaldo

The soldier disappeared on December 10 and a large deployment of military elements has been carried out to find him.

Through social networks, images of the remains and the narco-message were shared in which some words were perceived, among which the Northeast Cartel, the acronym for the Gulf cartel.

“Stop selling glass and support the CDG” could be read in one part of the text along with several profanities on the phosphorescent green cardboard. 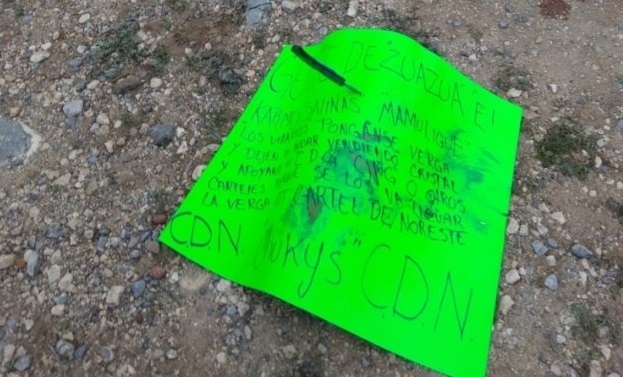 The narco-message referred to the sale of glass and the Gulf Cartel (Photo: Twitter/@InfSinCensuraMx)

It should be noted that, according to reports on social networks, the coolers with human remains were abandoned near the letters that welcome you to the area. In the same way, local media reported that police elements closed the access from the highway to Colombia.

A corpse covered in dollars: the last image of Arturo Beltrán Leyva that outraged his cartel

The capo was killed on Wednesday, December 16, 2009 during a confrontation with the Mexican Navy

Likewise, members of the State Investigation Agency (Agencia Estatal de Investigaciones) arrived in the area.IEA) to carry out the first investigations into the event.

A video about an ambush by alleged members of the Northeast Cartel against members of the Army was revealed on December 14. The events occurred in Nuevo Laredo, Tamaulipas.

When elements of the Sedena patrolled the area, presumed members of the Northeast Cartel surprised them with an endless stream of bullets. (Twitter/@MexicoRojo1)

The recording of just over two minutes showed the moment when began the attack by armed civilians, alleged hitmen of the criminal group, against the uniformed men. These actions took place on December 7.

“We are here the four letters”: armed men of the CJNG announced their arrival in Hidalgo

The soldiers were patrolling the area when, at the moment of turning onto a road, they began to receive bursts of gunfire. In response, the uniformed use long weapons to try to repulse the attack. The driver of the vehicle reached a point where two members of the Ministry of National Defense (Sedena) managed to cover themselves.

The result of the confrontation was, according to official information, seven civilians killed as well as four vehicular units that were made available to the authorities.

The criminal organization known as the Northeast Cartel is a split from Los Zetas, it has an armed wing identified as the Hell Troop. It is involved in the trafficking of illicit substances, people, extortion, kidnapping and fuel theft. Said cartel emerged with that name in 2015, its main area of ​​influence is Tamaulipasbut its presence has also been recorded in New Lion. 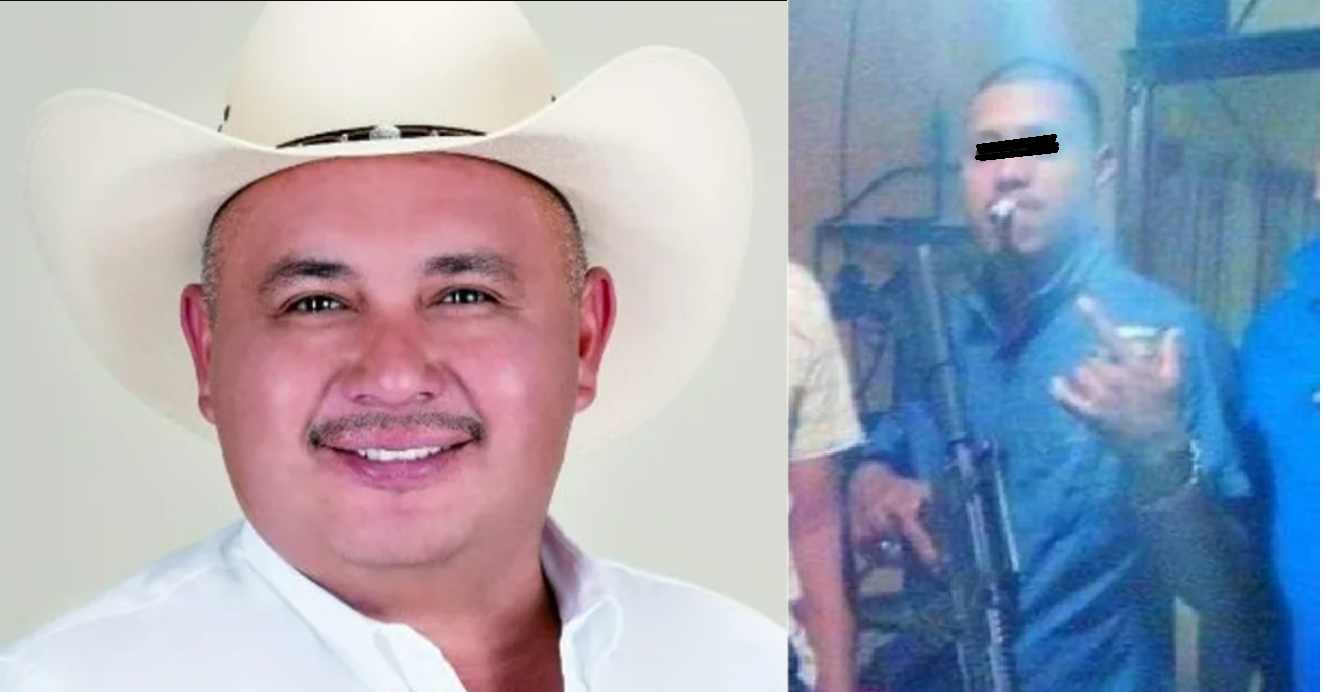 According to Sedena data, Heriberto “N” would be involved in various crimes, including the kidnapping of Mayor Mario Cedillo (Photo: special)

Just last December 8, the Undersecretary for Security and Citizen Protection (SSPC), Ricardo Mejía Berdeja, reported that an individual identified as Heriberto Rodríguez Hernández, alias The Negrolo He was linked to the process for various crimes.

The Negrolo is identified as alleged leader of the Northeast Cartelwould also be involved in the Kidnapping of Mario Cedillomayor of the municipality of Guerrero, Coahuila.

“He is related to Intelectual author of the deprivation of liberty of Mario Cedillo, who was deprived of his liberty, along with nine other people, on October 14 and rescued the following day.”

In addition, said person is identified by the authorities as a generator of violence in Nuevo Laredo, Tamaulipas. The Negrolo was arrested thanks to the work of Mexican Army personnel in coordination with the National Guardthe National Intelligence Center (CNI) and the Attorney General of the Republic (FGR).

Armed attack in El Rehilete, Guanajuato, led police to discover a possible torture house
Why the capture of “Tony Montana” would not be a “forceful blow” for the CJNG, as the Sedena affirmed
Siege of the CJNG: who is “El Borrego”, the other key figure arrested in addition to the brother of “Mencho”

Not all news on the site expresses the point of view of the site, but we transmit this news automatically and translate it through programmatic technology on the site and not from a human editor.
Sara Adm2022-12-22
225
Facebook Twitter LinkedIn Pinterest WhatsApp

IOC rejects Russian demand that its athletes compete without restrictions