Britney Spears, 40, has exploded with fury at her ex-husband Kevin Federline for speaking publicly about his relationship with their children Sean Preston, 16, and Jayden James, 15, in a recent interview with the British tabloid Daily Mail.

According to Federline, her children have not seen their famous mother for several months because they “have decided” voluntarily. The reason? He claimed that Sean and Jayden find it “difficult” to see photos of the singer posing nude on social media. 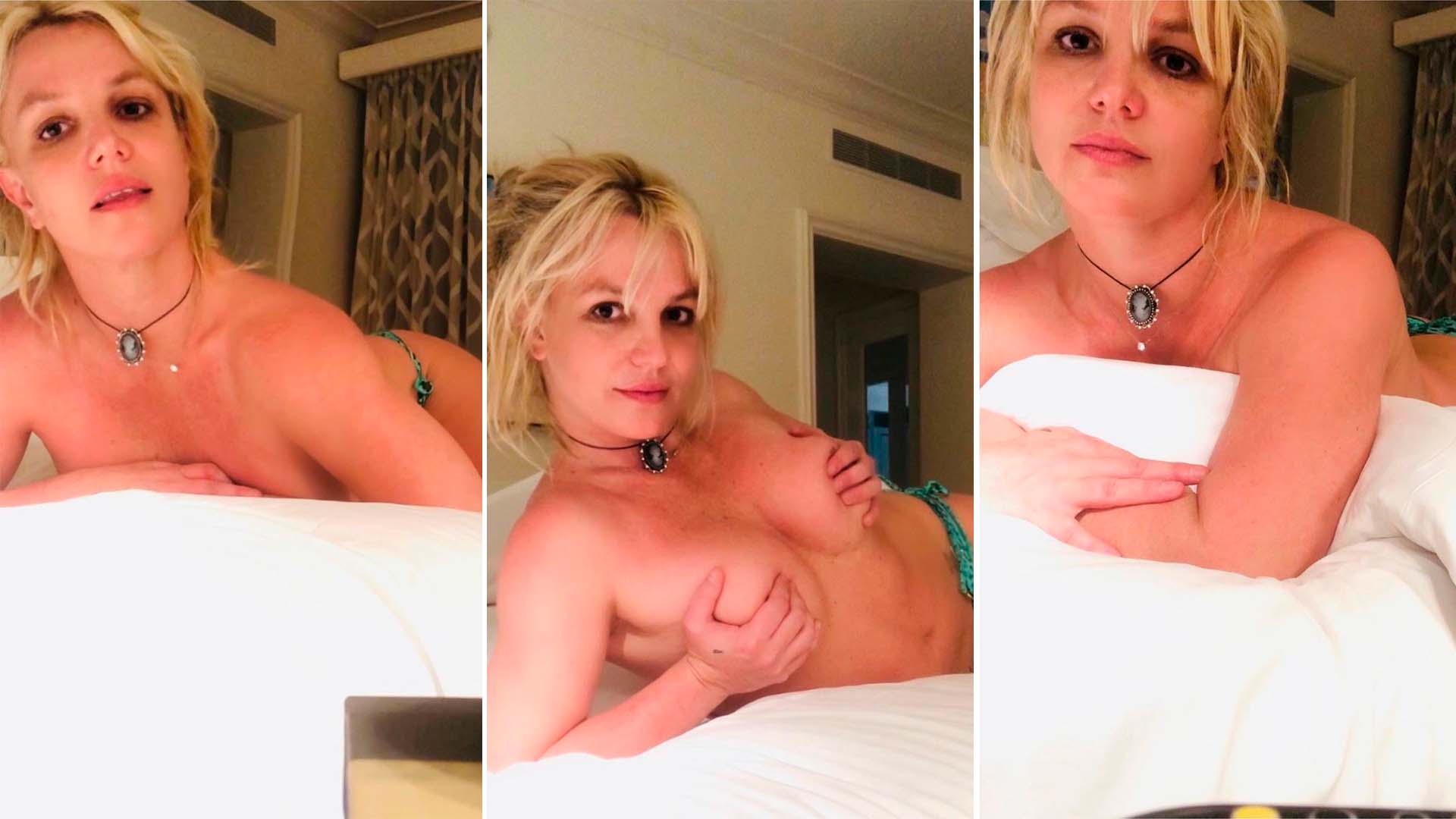 “Just one word: painful”the 40-year-old “Toxic” singer wrote through her Instagram stories on Saturday night after hearing the statements to the press from the father of her two children. “I am saddened to learn that my ex-husband has decided to talk about the relationship between my children and me”lamented the pop star in her message to her fans.

And he added in his post: “As we all know, raising teenagers is never easy for anyone. I am concerned that the reason is based on my Instagram.”the American singer continued, referring to Federline’s words that her children disapprove of the sexual content their mother shares on social networks.

He then alluded to the accusation about the nude photos he posts on his networks, explaining that “that has nothing to do with it and that all this comes from long before”.

Furthermore, he confessed that it was her own mother who suggested that she “should give the children to their father”, all while she was under her father’s abusive guardianship.

At the end of the post, the singer stated: “I am sharing this because I can.” 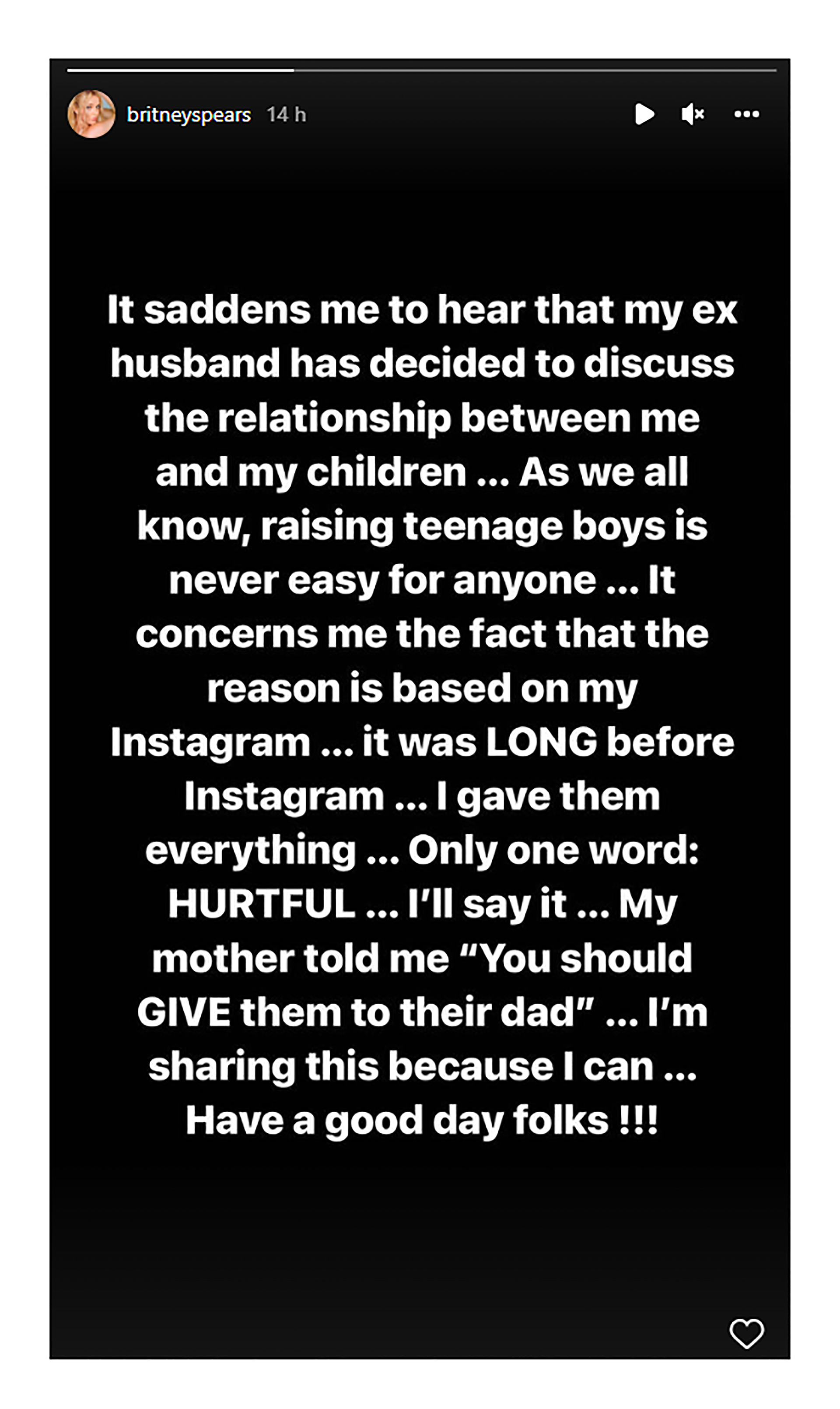 “Your statement about distancing children is invalid and it is irresponsible to make that statement publicly.,” Asghari, 28, began. “I wish you the best and a more positive attitude in the future, but for now, do not mention my wife again.”

“The kids are very smart and soon they will be 18 years old to make their own decisions and eventually they will realize that the ‘hard’ part was having a father who hasn’t worked much in over 15 years as a role model.”he added. 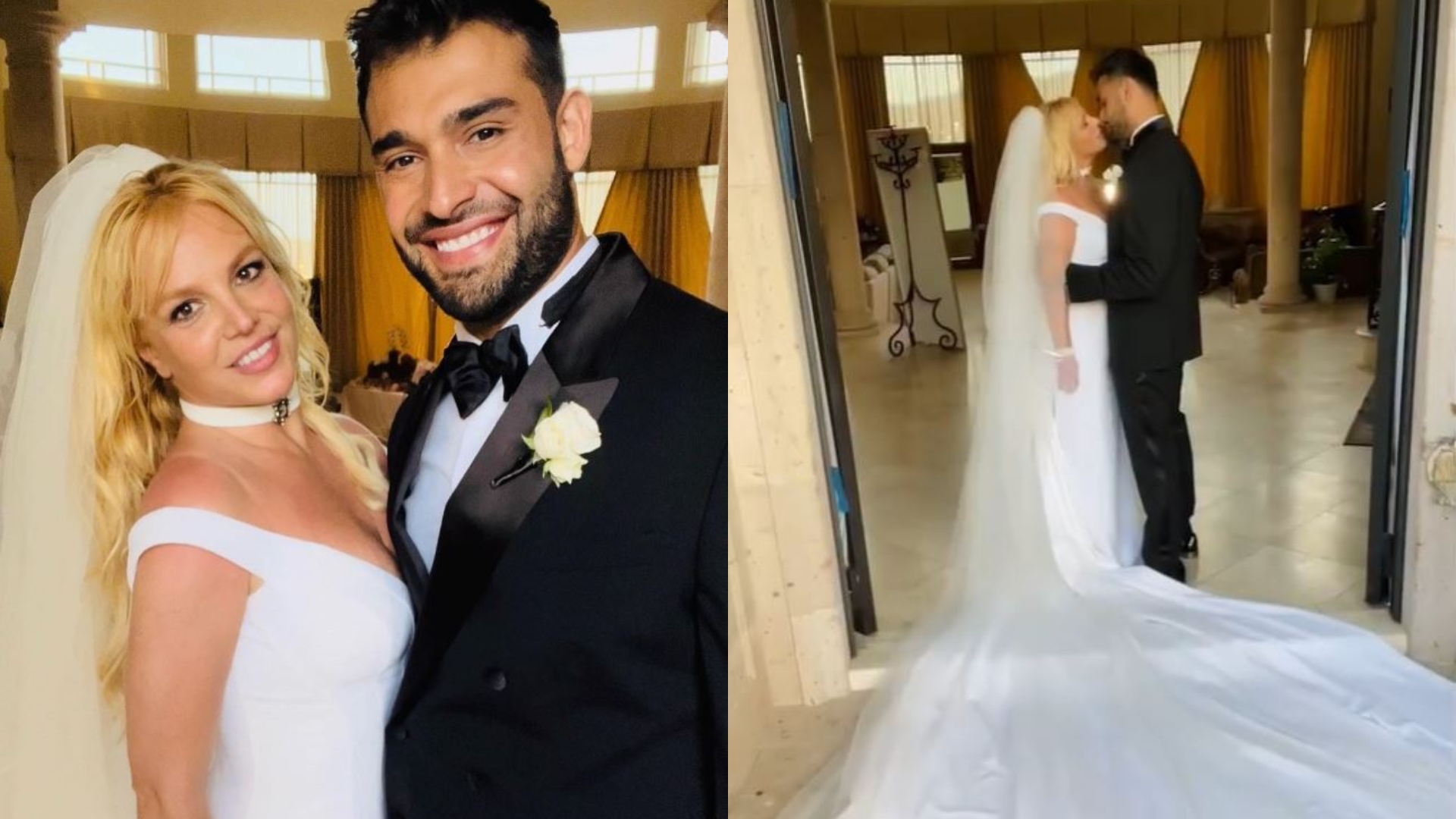 “I don’t know him personally and I have nothing against him other than that he chose to mistreat my wife.”, he added. “I wish him the best and hope he has a more positive outlook in the future for the benefit of all involved,” he said of the children’s father. “But for now: keep my wife’s name out of your mouth”, he added.

The final line is a clear reference to what Will Smith yelled at Chris Rock just minutes after he took the stage and slapped him during the last between the Oscars.

What did Kevin Federline say? 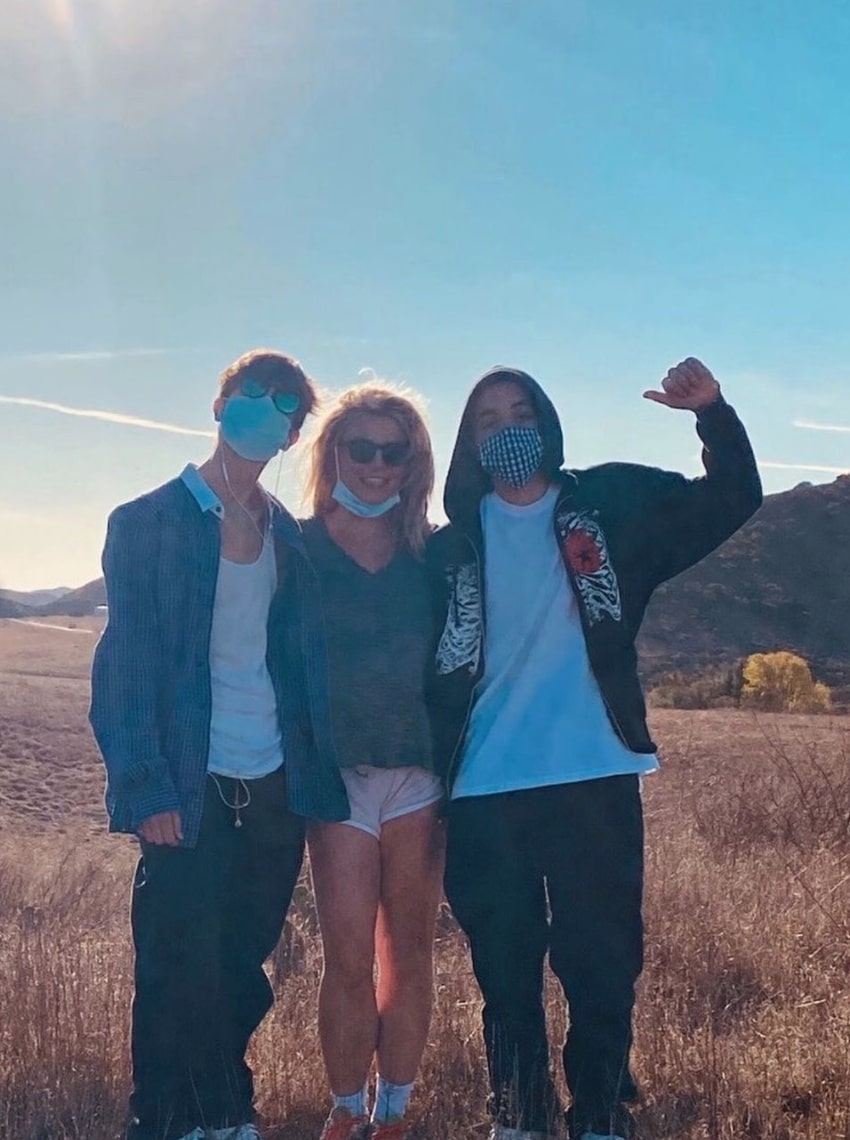 In a series of exclusive interviews, parts of which will be broadcast on ITV, Kevin and his family reveal that Preston and Jayden have not seen their mother for many months despite the fact that the singer, who married Asghari in June, bought a mansion $10 million not far from the Federline family home in Los Angeles.

Federline has broken the silence of almost a decade in an extensive television interview in which he speaks openly about his battle to keep the chaos surrounding his ex-wife as far away from his children as possible.

“The boys have decided that they are not going to see her at this time,” revealed. “It’s been a few months since they’ve seen her. They made the decision not to go to his wedding”. He also claimed that the controversial 13-year guardianship of her father, Jamie, “saved” her.

Britney managed to end the conservatorship of more than 13 years last November. Federline said the high-profile case was not easy for the boys. “All this has been difficult to see, more difficult to live,” she asserted.

Following the termination of her conservatorship last year, the star has remained in the global spotlight and has started posting nude selfies on social media. Kevin said that he felt compelled to apologize to the boys for any awkwardness they might experience due to his mother’s behavior. “I try to explain to them, ‘Look, maybe that’s just another way she’s trying to express herself.’ But that doesn’t take away from the fact that it makes them tough.” 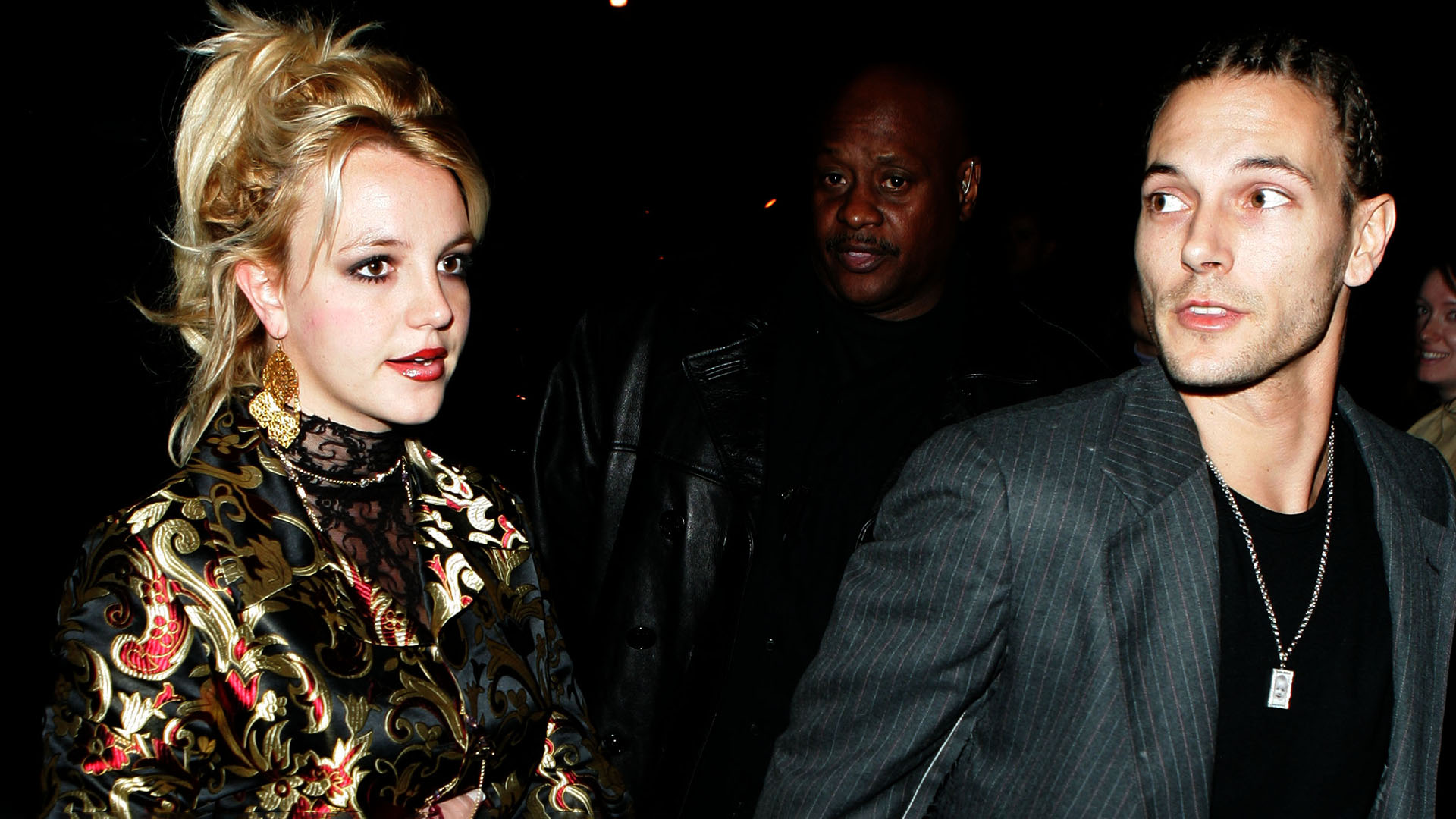 Kevin said that he is talking about his ex-wife not out of revenge, but to show a hitherto untold side of this story. Today, he lives quietly with his children and his wife of nine years, Victoria, a former volleyball player.

Preston has already started producing music and wants to take guitar lessons, while Jayden is a great pianist. Kevin and Victoria have two daughters, Jordan, 11, and Peyton, eight, while Kevin’s oldest children, Kori, 20, and Kaleb, 18, from his previous relationship with actress Shar Jackson, visit often. The six brothers are close. Kevin said they are like the famous American comedy family, The Brady Bunch.

Kevin clarified that he does not want to embarrass his ex-wife, but acknowledged that he began to worry when his children told him what they had seen during their visits to their mother in recent years, although he refused to go into details. “There was a lot going on that I wasn’t comfortable with.” And he explained that in recent months, following increasingly erratic posts by Britney on Instagram, in addition to frequently posting photos of her naked body, the children decided not to attend Britney’s wedding with Asghari. “The guys were happy for her, but decided that since they weren’t seeing her right now, they wouldn’t go to her wedding.”revealed.

Madonna and her decision to take charge of her biographical film: “No misogynist man is going to tell my story”

Not all news on the site expresses the point of view of the site, but we transmit this news automatically and translate it through programmatic technology on the site and not from a human editor.
Sara AdmAugust 7, 2022
Facebook Twitter LinkedIn Pinterest WhatsApp

If You Want a Cleaning Cheat Code, These 31 Products Can Help