Gujarat Elections 2022: No less than 788 candidates are vying for 89 of the 182 Gujarat Assembly seats in the first phase of the poll.

Voting in the first phase of Gujarat Assembly Election 2022 started at 8am on Thursday with Bharatiya Janata Party (BJP), Aam Aadmi Party (AAP) and Congress all set for the close competition . The Electoral Commission recorded a turnout of 4.92% until 9 a.m. The election in Gujarat is held in two phases. While the ballot for the first takes place today, the second phase of voting will take place on December 5. The results will be announced on December 8.

No less than 788 candidates are vying for 89 of the 182 seats in the Gujarat Assembly during the first phase of the ballot. These seats are distributed in 19 districts of Kutch, Saurashtra and South Gujarat. And, of the 788 candidates, 718 are men and 70 are women.
Candidates from the BJP and Congress will contest the 89 seats in the first phase, while the AAP will contest 88 seats. A total of 39 political parties presented their candidates.

Here are the latest updates on the first phase of Gujarat Elections 2022:

> Anirudhsinh Jadeja, father of cricketer Ravindra Jadeja and father-in-law of BJP’s Rivaba Jadeja said: “I am with the Congress. The party is different from the family affair. We should stay with our party, with them for years. He knows it’s a party. Whatever, no family issues.”

> “For the time being, I will observe and understand things. I will go among the public and after I will come,” said Mumtaz Patel, the daughter of the late Congress leader Ahmed Patel, why didn’t she contested.

> Polls in Gujarat: a centenarian from Umargam votes | In pictures > Arjun Modhwadia of Congress voted in Porbandar. “People have made a resolution to suppress the BJP. The BJP knows this, that’s why they changed cabinets, including CM, a year ago. There have been allegations of corruption against them. A new government works like that. So people are in the mood for change,” he said.

> CR Paatil, Head of Gujarat BJP: “Modi’s magic works every time, everywhere. He is in people’s hearts. They trust him and he is able to meet their expectations: those who said this will know their” aukaat “.”

> Congress MP Paresh Dhanani said there will be “a transition of power and the Congress” will take power in this year’s Gujarat Assembly elections. “Inflation and unemployment have risen in Gujarat due to failed BJP government. Gas and fuel prices have skyrocketed and privatization of education has happened,” he said. said during a speech in Amreli. Dhanani had left to vote with a bottle of gas on a bicycle, highlighting the problem of high fuel prices.

> Female voters gather at a polling booth in Surat to vote amid the first phase of the ongoing polls in the state.

> Madhya Pradesh Governor Mangubhai Patel and his wife voted in a voting booth in Navsari. 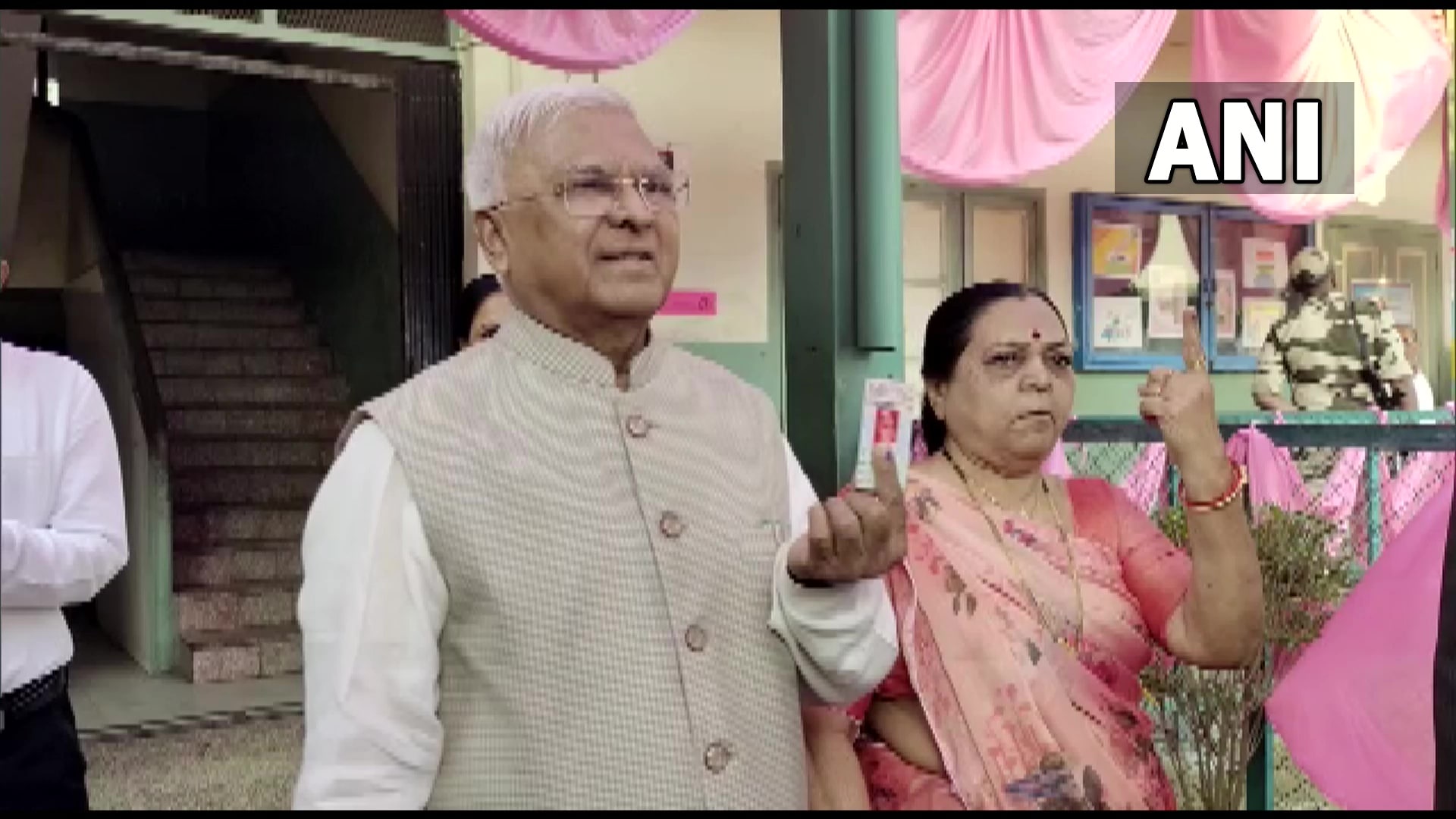 > Gujarat BJP leader CR Paatil casts his ballot for the first phase of Gujarat elections at a polling station in Surat.

> AIMIM challenges Gujarat polls for the first time: The All India Majlis-e-Ittehadul Muslimeen (AIMIM) is taking part in the Gujarat elections for the first time. Party chairman Asaduddin Owaisi has been campaigning for the past 25 days.

Speaking about the response so far, AIMIM National Spokesperson Waris Pathan told News18, “We are contesting the Gujarat Vidhan Sabha elections for the first time. We are competing from just 13 seats. Earlier, we contested the civic body elections a year ago where 23 of our corporators were elected. We are present here. »

> Arjun Modhwadia of Congress said: “People have made a resolution to impeach BJP. BJP knows that, that’s why they changed cabinets including CM a year ago. There have been allegations corruption against them. The new government works like that. So people are in the mood for change.”

> Gujarat’s former chief minister, Vijay Rupani, said he exudes confidence, saying the BJP will form the government of Gujarat for the seventh time. “People have love and respect for Prime Minister Modi, they won’t go anywhere else,” he said as quoted by ANI.

> WATCH | Congressman Paresh Dhanani leaves his residence to vote, with a gas canister on a bicycle, highlighting the problem of high fuel prices.

> The BJP candidate from Jamnagar North cast her ballot on Thursday. “I have full confidence in my constituents,” she told reporters. “Gujarat is celebrating the Democracy Festival today. On behalf of the Election Commission, my heartfelt appeal to all 4.9 million voters in Gujarat to vote today and on 5th December in the second phase of the elections. There are over 4 lakh PwD voters and 9.8 lakh elderly voters in Gujarat,” said CEC Rajiv Kumar.

> Prime Minister Narendra Modi has called on “all who vote today, especially first-time voters to exercise their right to vote in record numbers”.

Today is the first phase of elections in Gujarat. I call on everyone who votes today, especially those who vote for the first time, to exercise their right to vote in record numbers.

> Wife of Indian cricketer Ravindra Jadeja and Jamnagar North BJP candidate Rivaba Jadeja has expressed hope for a victory for the party ahead of the elections.

> Chief Election Commissioner Rajiv Kumar is expecting a record vote in the Gujarat Assembly elections. Speaking to ANI, he said on Wednesday: “Tomorrow is the first phase of elections in Gujarat in which voting will take place on 89 assembly seats. There are 2.39 million voters in those 89 seats. Voting will take place tomorrow in 25,430 polling stations. Preparations are complete, now is the time to call on voters to get out of their homes and vote.”

Vote for the first phase on; BJP, Congress and AAP face off in triangular contest

Not all news on the site expresses the point of view of the site, but we transmit this news automatically and translate it through programmatic technology on the site and not from a human editor.
William2022-12-01
199
Facebook Twitter LinkedIn Pinterest WhatsApp

The gap between ICBM launchers in China