The Biden administration confirmed on Tuesday that it would send an additional $625 million in direct military assistance to Ukraine to help secure its borders. Advanced HIMAR rocket systems, 155mm howitzers, armored vehicles and ammunition top the list deemed essential to defending Kyiv against Russian invasion.

The United States has now committed more than $17.5 billion in security assistance to Ukraine, the vast majority of which followed the Russian invasion on Feb. 24, according to a Defense Department fact sheet.

Most equipment shipped to Ukraine comes from US military reserves.

As working-class Americans struggle to afford groceries, gas, and even find formula to feed their children, Joe Biden sent $40,000,000,000.00 that the United States didn’t have not to Ukraine. https://t.co/ugwxKxBpDe

Biden promised Zelensky that the United States “will continue to support Ukraine as it defends itself from Russian aggression for as long as it takes,” according to a reading of the White House conversation.

Deputy Undersecretary of Defense Laura Cooper told reporters at a press conference that the package for Kyiv will be drawn from U.S. stockpiles, “tailored to meet Ukraine’s immediate needs,” including for ” maintain the momentum to the east and south”.

File/Ukrainian servicemen unpack a shipment of military aid delivered as part of United States of America security assistance to Ukraine, at Boryspil airport outside Kyiv, in Ukraine, Friday, February 11, 2022. (AP) 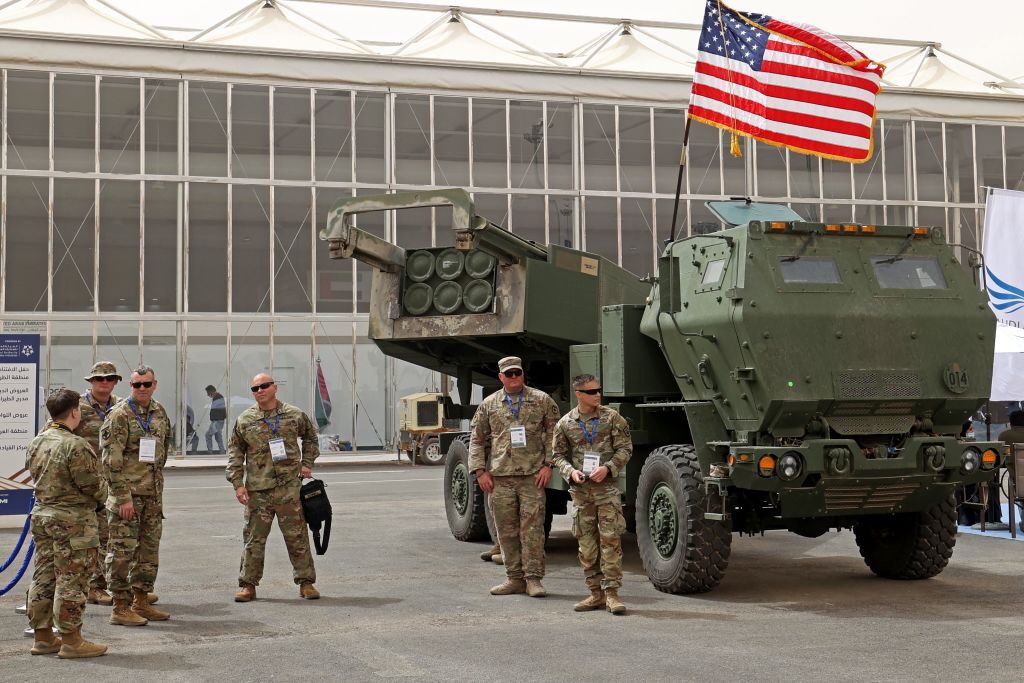 Included in the package are four ultra-mobile HIMAR rocket systems meant to bring the total number the Biden administration has allocated to Ukraine from its stockpile to 20. Washington, DC has also committed 18 additional systems that will come directly from manufacturing when built.

Allies have also provided Ukraine with 10 systems with more to come, US officials said.

Zelensky on Tuesday tweeted his thanks for what he described as “substantial support” to Ukraine.

Biden wants to spend an additional $13.7 billion in aid to Ukraine as his huge slush fund already approved by Congress earlier this year runs out. https://t.co/crsgFPEbon

“Our victories in the ongoing defense operation are a joint success of [Ukraine], [The United States] and the entire free world,” he said.

As Breitbart News reported, as the Biden administration strives to help Ukraine, voters back home are more concerned about the immediate issues affecting their lives.

Record gasoline prices, an economic recession and skyrocketing crime are the top three issues for voters heading into November’s midterm elections, according to a Rasmussen Reports poll found last month.

Not all news on the site expresses the point of view of the site, but we transmit this news automatically and translate it through programmatic technology on the site and not from a human editor.
William2022-10-06
222
Facebook Twitter LinkedIn Pinterest WhatsApp

Skelton: Newsom should use TV to win voters over gun control