A gunman fired shots inside the main airport in Canberra on Sunday, which caused the passengers to experience a moment of terror inside the terminal.

hearing the shots people fled to shelter from the attack. After the moment of panic, the Police managed to arrest the subject.

The airport was evacuated and closed, which caused the suspension of flights.

Images posted on social media showed a police officer holding down a man on the ground inside the terminal as the emergency alarm sounded at the capital’s main airport.

Canberra airport evacuated due to shooting

“A man entered Canberra Airport in the departures area. He sat in one of the areas adjacent to the glass windows,” Acting Detective Superintendent Dave Craft told reporters outside the airport building.

Craft said that based on the crime scene surveys, the man had shot at glass inside the terminal.

“There were no shots fired at people, passengers or staff,” he said.

Several apparent bullet impacts were visible on the glass front of the airport, according to images shown by the Australian public broadcaster. ABC.

A woman identified only as Helen was quoted as telling a newspaper reporter Guardian that saw a man “shooting in the air” not far from the check-in counterdescribing him as middle-aged and “clean cut.”

Police said the man was taken into custody and a firearm was recovered. Subject will be held at a city police station. 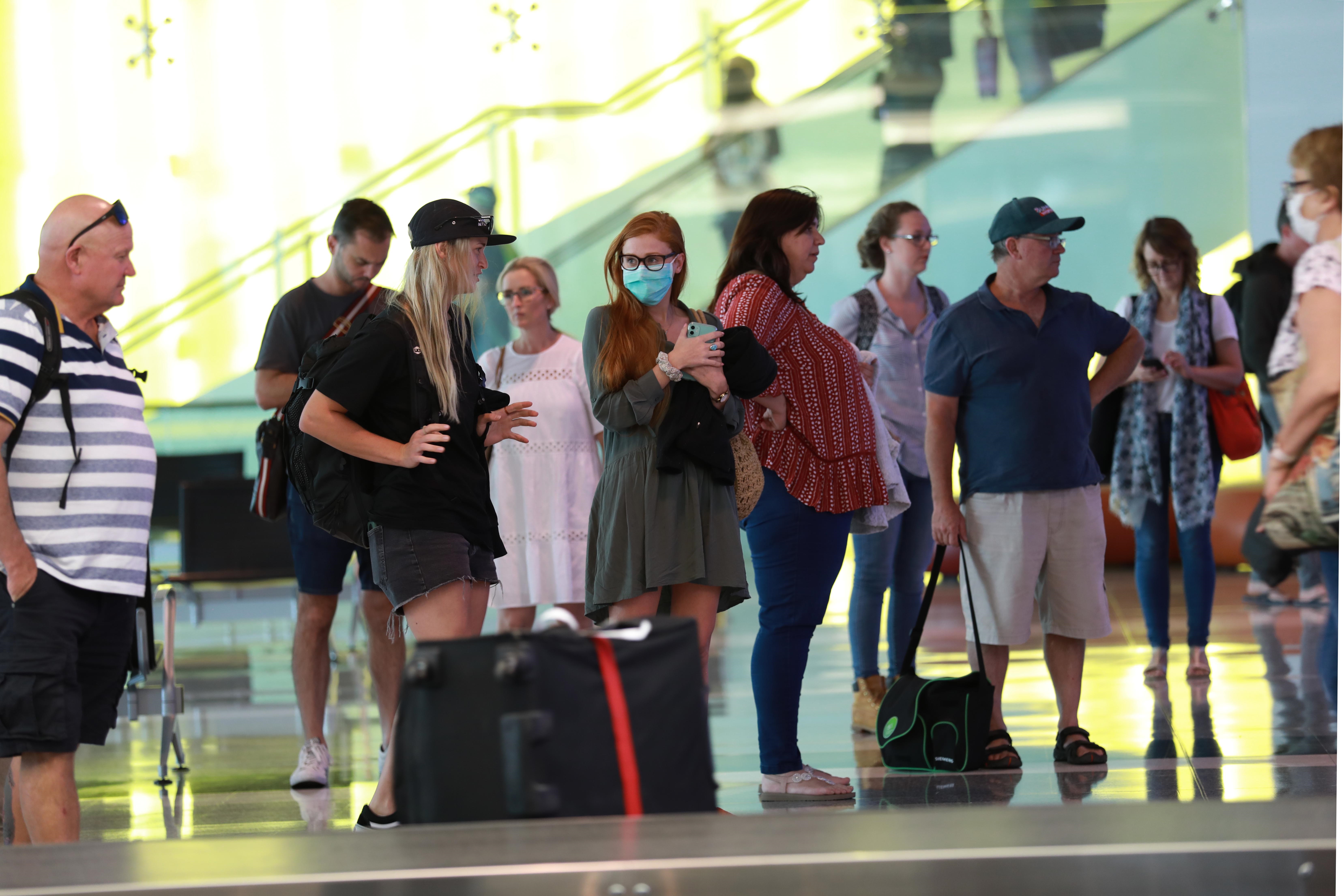 After examining CCTV footage from the airport, police said he believed that the man had acted alone.

The situation was now “contained”, police said, describing the airport as an “active crime scene”.

The security body also reported that the motive behind the shooting was not immediately clear.

Prime Minister Anthony Albanese said he had been notified about the incident.

“I have been informed that a man has been detained and there is no ongoing threat,” the prime minister said in a statement.

The journalist from ABCLily Thomson reported hearing the shots before people started screaming. She saw a fearful woman taking care of a baby.

“So we all ran and I stayed with this woman and her baby. I hid behind an information desk,” Thomson reported in ABC.

“We stayed there for a couple of minutes until security told us to evacuate to the parking lot,” he added.

“Everyone was hiding behind the chairs and people were running.”

Canberra airport said it was working with airlines to restart flights on Sunday afternoon, but some trips had been cancelled.

Shooting and hostage taking in Florida: at least three dead
At least seven injured in a terrorist attack meters from the Wailing Wall in Jerusalem
Multiple shooting in Canada: Police confirm three deaths, including suspected shooter

Not all news on the site expresses the point of view of the site, but we transmit this news automatically and translate it through programmatic technology on the site and not from a human editor.
Sara AdmAugust 14, 2022
Facebook Twitter LinkedIn Pinterest WhatsApp

Las Vegas reporter stabbed to death outside his home