Australia on Wednesday classified Hezbollah as a terrorist organization in its entirety – banning the military wing alongside the political wing.

Home Secretary Karen Andrews told parliament there was no room “for violent and hate ideologies” in the country as she announced crackdown on Lebanon-based Shiite Islamist militant group but active abroad and based on the demand for the complete destruction of Israel.

Fighters from the Lebanese Shiite movement Hezbollah march in a military parade commemorating their “Martyrs’ Day” parade in the town of Baalbek, in Lebanon’s eastern Bekaa Valley, November 13, 2021 (AFP via Getty) Images) 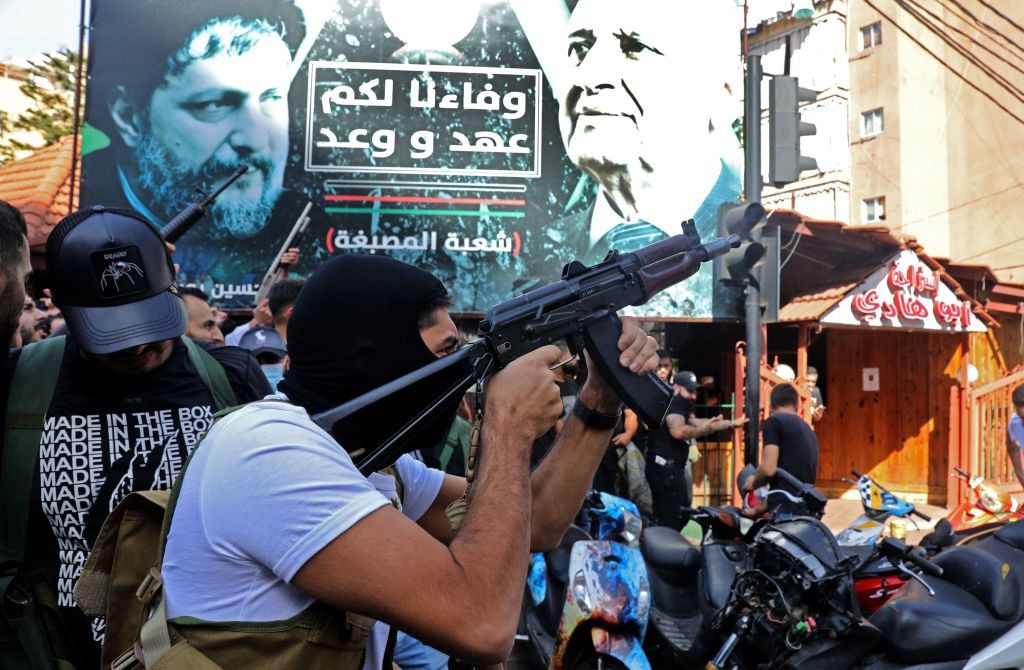 A member of the Lebanese Hezbollah movement fired during the funeral of some of their members who were killed in clashes in the Tayouneh neighborhood, in the southern suburbs of the capital Beirut, the day before, October 15, 2021 (IBRAHIM) AMRO / AFP via Getty Images)

ABC News reports that security experts have warned that Hezbollah’s international network is increasing in size and influence, but prefers covert operations over direct conflict.

Australia has so far only put the group’s External Security Organization (ESO) on the terrorist list, exempting its military and political wings from further scrutiny.

Andrews said Hezbollah is supporting other terrorist organizations in the region, such as the Palestinian Islamic Jihad and Hamas’ Izz al-Din al-Qassam Brigades.

Hezbollah terrorist leader Hasan Nasrallah has confirmed that an oil tanker is bound for Lebanon from Iran, in blatant disregard of US sanctions. https://t.co/F5Yt4Zfkfi

The government’s bipartisan committee on intelligence and security also recommended that the entire Palestinian group Hamas be listed as a terrorist organization.

Canberra has also called the neo-Nazi group The Base a terrorist organization. Andrews said the “violent, racist and neo-Nazi group” are known to security agencies for planning and preparing for terrorist attacks.

Knicks’ Tom Thibodeau may have to live outside his comfort zone

Shop for deals on TVs, headphones and home appliances

Outrage over Wilmington gunfire that killed one child and injured another