Military of Azerbaijan in Nagorno-Karabakh (MINISTRY OF DEFENSE OF AZERBAIJAN)

Armenian Prime Minister Nikol Pashinian accused Azerbaijan of shooting civilians in Nagorno-Karabakh on Monday.even though he considers them Azeri citizens.

“Azerbaijan calls the Armenians of Nagorno-Karabakh ‘our citizens’ and, at the same time, shoots them while they are doing agricultural work,” Pashinián denounced in a message on his Twitter social network profile.

Pashinián regretted that for two years -since November 9, 2020- three civilians have died and 16 have been injured, while “another 54 have suffered assassination attempts”.

“Is this how the Azeri narrative that the Nagorno-Karabakh problem is solved is being implemented?”, asked the Armenian Prime Minister, in the context of the conflict.

Armenia and Azerbaijan agreed to a ceasefire on September 15 and in early October agreed to commit to the UN Charter and the 1991 Declaration of Alma Ata, through which both countries recognize the territorial integrity and sovereignty of the other . After that, Pashinian stressed before Parliament that he hopes that the peace treaty with Azerbaijan will be signed before the end of the year. 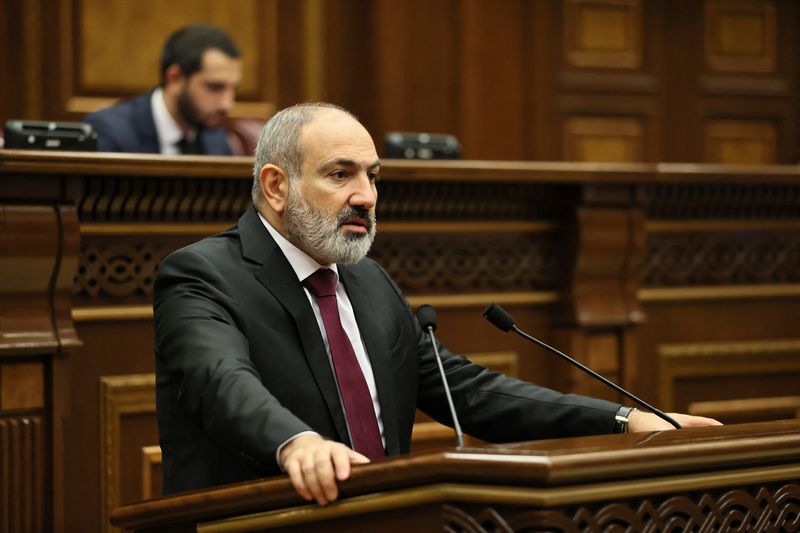 Armenia and Azerbaijan have been locked in a decades-long conflict over the Nagorno-Karabakh region, which is inside Azerbaijan but controlled by ethnic Armenian forces backed by Yerevan since a separatist war there ended in 1994.

In a six week war in 2020, Azerbaijan captured vast sections of Nagorno-Karabakh and adjacent territories that had been held by Armenian forces for decades. More than 6,700 people were killed in the fighting, which ended in a Russian-sponsored peace deal. Moscow has deployed some 2,000 soldiers to the region as a peacekeeping force.

A new round of hostilities broke out in September, when more than 200 soldiers from both sides were killed in two days of heavy fighting. Armenia and Azerbaijan blamed each other for the renewed violence.

Russia is Armenia’s main ally, maintaining a military base in the country, but it also has close ties with Azerbaijan.

Following the latest fighting, some Armenian officials have expressed dismay that Russia has not taken more decisive steps to help protect the interests of Armenia, which is a member of a multi-nation, former Soviet security alliance.

(With information from Europe Press)

Not all news on the site expresses the point of view of the site, but we transmit this news automatically and translate it through programmatic technology on the site and not from a human editor.
Sara Adm2022-11-14
201
Facebook Twitter LinkedIn Pinterest WhatsApp

Health reform: technicians and specialists from WHO and PAHO will study the initiative

Aid workers rush to Turkey and Syria after deadly earthquake