Lima Airport Partners, the airport operating company in Peru, confirmed the death of the aeronautical firefighters Ángel Torres and Nicolás Santa Gadea Morales after the accident registered this Friday afternoon in the Jorge Chavez International Airport.

The Commander General of the Fire Department, Luis Ponce La Jara, confirmed that both died on the spot and one more, who was injured, was transferred to the Hospital II Luis Negreiros.

“The Volunteer firemen They are recruited to be aeronautical firefighters and go to work for the airport. We do not know more details, they have to reach us with information about what happened,” General Ponce specified from outside the aerodrome.

“Unofficially they have told us that they were recognizing the new runways that they are making at the airport, I don’t know if it was a lack of coordination,” he added.

The Peruvian Soccer Team, whose flight was postponed due to the emergency, indicated that it will honor the memory of the volunteer and aeronautical firefighters with a minute of silence during the game with Bolivia, which will take place on Sunday in Arequipa.

Lima Airport Partners indicated in a statement that it has contacted the relatives Ángel Torres and Nicolás Santa Gadea, to whom he offered condolences. From the Executive, the Minister of Justice Félix Chero was one of the first to refer to this tragedy.

“I am very sorry for what happened today at the airport. I express my condolences and solidarity to the families of the two aeronautical firefighters who died in this accident. A lot of strength,” Chero tweeted.

In his turn, Prime Minister Aníbal Torres also expressed his condolences to the relatives of the men in red and sent them “a lot of strength in these moments of pain.” The same was done by the Ministry of the Interior, chaired by Willy Huerta.

I express my heartfelt condolences to the families of the courageous firefighters who died on duty this afternoon as a result of an accident at the Jorge Chávez airport. A lot of strength for their families and for the Peruvian Fire Department in these moments of pain.

The Public Ministry of Callao reported the opening of a preliminary investigation to determine the causes of the accident, which affected flight LA2213 that covered the Lima – Juliaca route.

The Latam airline plane collided at 3:25 pm According to channel N, a fire truck entered the runway as the plane was landing. Users who were at the facilities recorded the moment the plane emanated a large smoke. 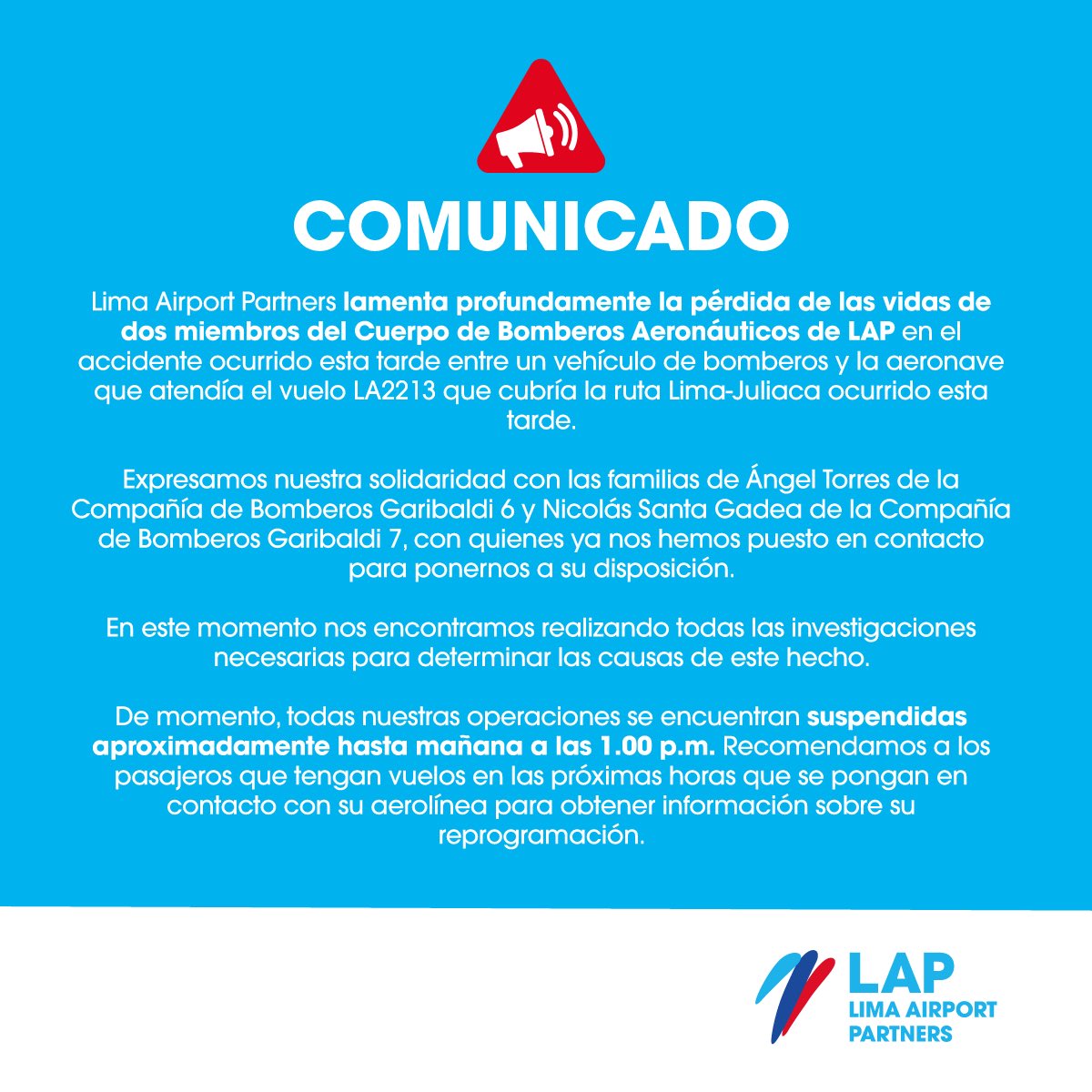 “It is an emergency on the runway, there are four displaced units. We do not technically know right now what has happened in this apparent technical failure of the plane, we await subsequent reports,” he said. Mario CasarettoFire Chief.

There were 102 passengers and four crew members on the plane. The injured have been transferred to the San Gabriel and Providencia clinics, and also to the Hospital II Luis Negreiros. 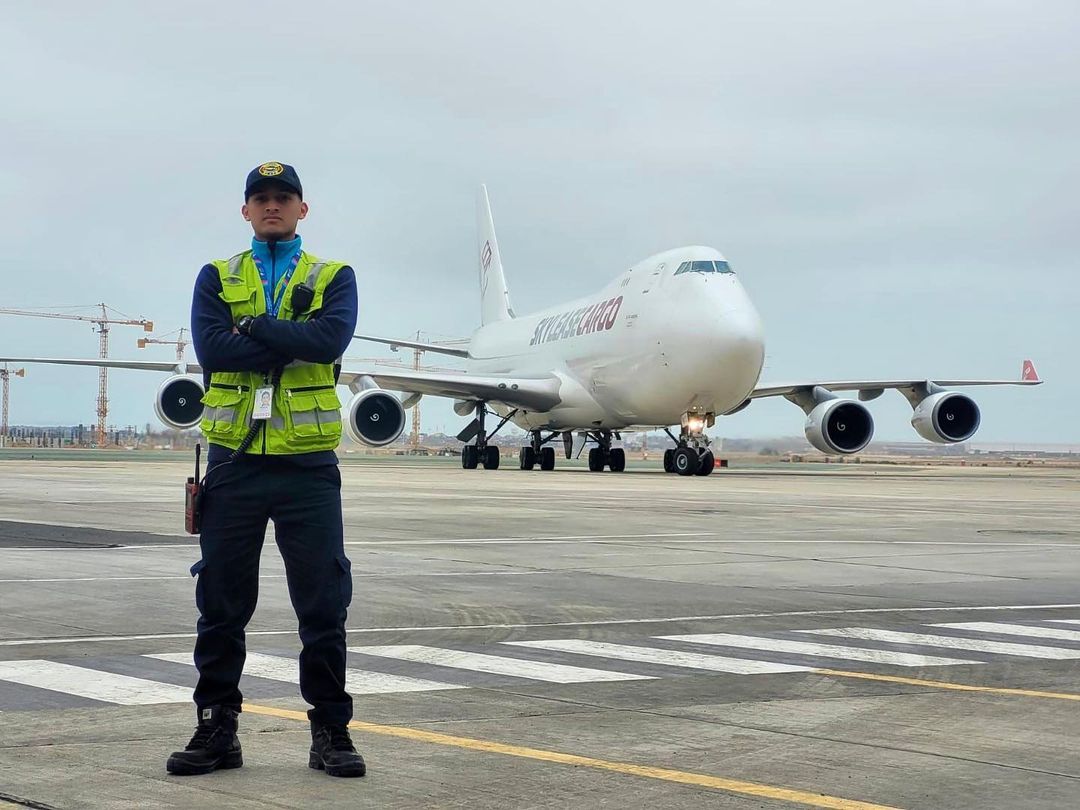 Firefighters doused the flames of the first tank in the fire at the oil port of Matanzas, Cuba