Max Verstappen led Sergio Perez as Red Bull sealed a qualifying double; Verstappen provided Perez with a tow in Q3 to help his teammate beat Charles Leclerc into second place; Watch the Abu Dhabi GP live on Sky Sports F1 at 1pm on Sunday, with a ramp-up from 11.30am 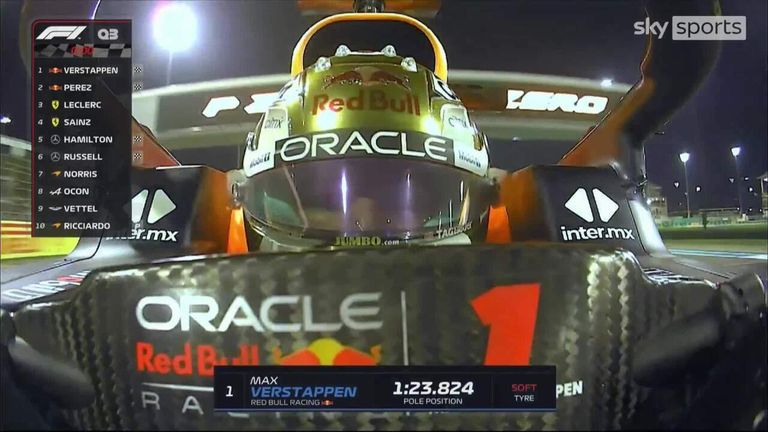 Sergio Perez has praised team-mate Max Verstappen for doing a “great job” of assisting him in qualifying for the Abu Dhabi Grand Prix as they put a turbulent week behind them to seal a Red Bull double.

Perez slammed world champion Verstappen last weekend in Brazil after his teammate refused to let him through to take sixth place on the final lap of the Sao Paulo Grand Prix to help the Mexican in his battle with Charles Leclerc of Ferrari for second place in the drivers’ championship.

Verstappen insisted he had his “reasons” for rejecting the team’s request, but declined to share them publicly, and insisted after the race that the issue had been ironed out and that he would do whatever he could to help Perez in the season finale at Circuit Yas Marina.

The Dutchman kept his word on Saturday by securing a tow on the main straight in the closing rounds of qualifying, which saw Perez crucially edge Leclerc for second and slot alongside Verstappen on the front row. of the grid.

“Max did a great job for me as well, we worked together as a team very strongly on that last race,” said Perez, who enters Sunday’s race level on points with Leclerc. 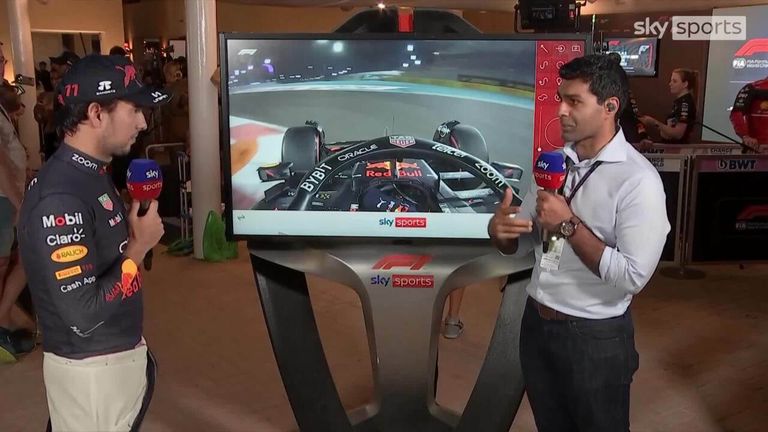 Perez had looked like he could take pole position himself after edging out Verstappen in final practice and each of the first two parts of qualifying, but it was the world champion who was able to produce when it mattered most in Q3. .

“It’s a good starting point,” added Perez. “I didn’t do that last leg in Q3, especially the first moto was not so good, so we were a bit late. It’s good to lock that first row for tomorrow.

“I’m looking forward to tomorrow, which is the day that really matters. I think it will be very interesting, given how strong Ferrari is.”

Verstappen was quick to stress in his immediate post-session interview that he was happy to have helped his team-mate.

“I’m very happy that both cars are on the front row,” he said. “Because of course we want to win the race, but we also want to finish second with Checo in the championship, so it’s a really good start before tomorrow.

“We are all on the same page. We all want the same thing, of course we want to win the race but we want to make sure Checo will be ahead of Charles tomorrow.” 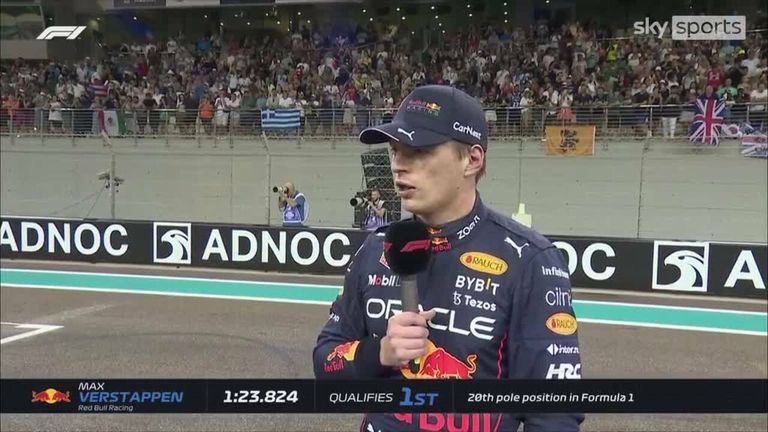 Verstappen, who is aiming for a record 15th win of the season in Sunday’s race, produced a dominating performance in Q3 despite a scrappy Q2 and a technical scare early in the final 12-minute period.

“It was a bit of a bumpy ride,” he said. “It started pretty well.

“Q2 was a bit chaotic. I don’t know why, but with these tires I couldn’t get the grip.

“But then in Q3 everything seemed a bit more normal. We got a bit scared, the car shut down before the first run so we had to start everything again. Then we went out and the two laps were pretty good. “ 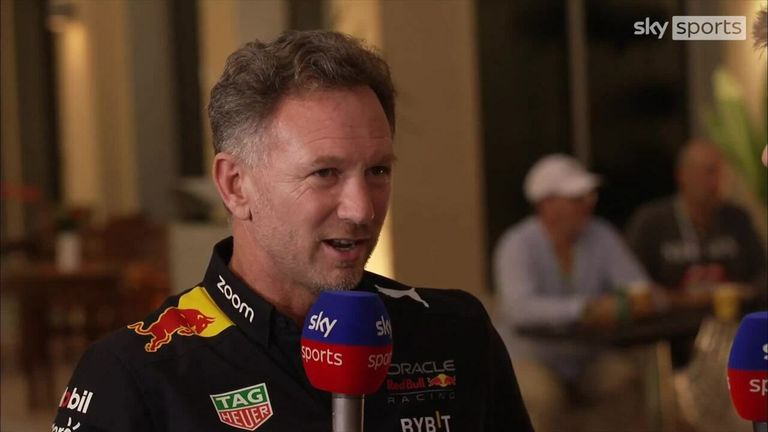 Speaking ahead of qualifying, Red Bull team principal Christian Horner insisted they wouldn’t let a “glitch” spoil what has been a hugely successful season.

“We’re not going to let a glitch in Brazil spoil a year or this event,” Horner said.

“This couple have achieved more than we’ve ever had, they’re the couple that’s gonna be here for the next two years and they’ve sorted it out, they’re okay with that, we’re okay with that , lessons learned, we move on.”

Leclerc: I can work with Sainz

Leclerc remained optimistic after qualifying that he can match Perez on Sunday, with Ferrari finding much-needed improvement in the cooler evening conditions after struggling in final practice.

“It was (the best we could hope for),” Leclerc said. “The second sector, I think we paid a bit of a price for being completely alone on the track. We had no one in front so no towing, so a bit slow on the straights.

“But honestly, third place is a good start tomorrow, and hopefully we can overtake Checo in the first few meters and then keep that position. 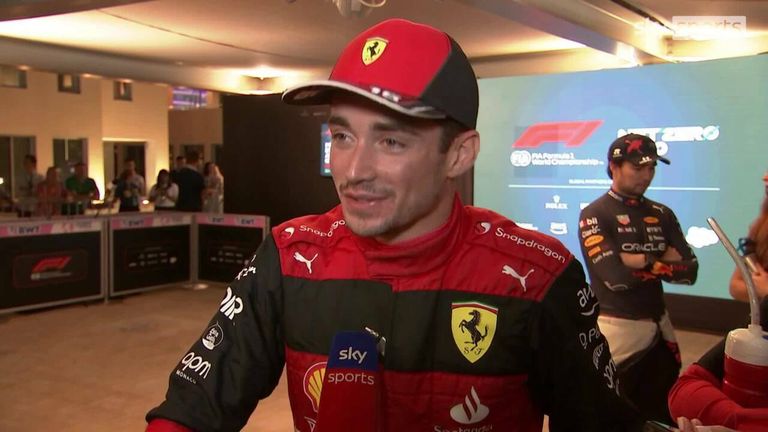 “We’ll try to push for a win, we want to finish on a high this year, but the Red Bulls are really, really strong on a Sunday.”

Leclerc was denied the assist of team-mate Carlos Sainz in far less controversial circumstances in Brazil, but is also hoping for help on Sunday.

“I’m sure we can also work together with Carlos, I have no doubts about that,” he added.

“We will try to maximize the result for the team.”

Not all news on the site expresses the point of view of the site, but we transmit this news automatically and translate it through programmatic technology on the site and not from a human editor.
Eleon2022-11-19
197
Facebook Twitter LinkedIn Pinterest WhatsApp