Lewis Hamilton and Max Verstappen clashed at the Sao Paulo GP last weekend; the pair collided on the track multiple times last season during their intense title battle; watch the Abu Dhabi GP all weekend live on Sky Sports F1 – with the race at 1pm on Sunday 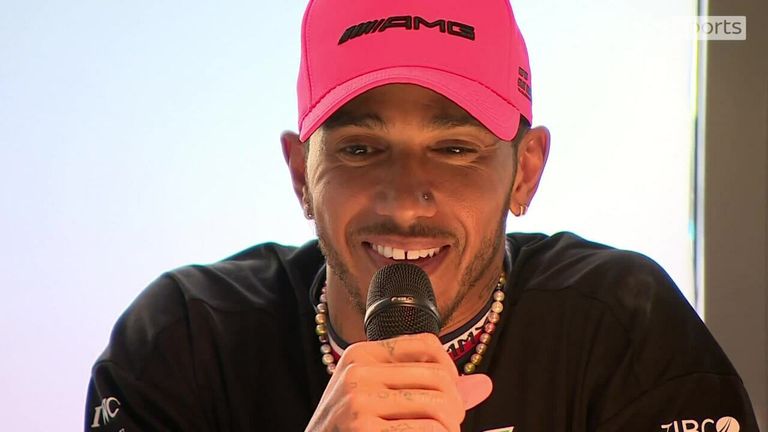 Lewis Hamilton agrees it is ‘natural’ for Max Verstappen to fight him harder as he is the most successful driver and believes Mercedes have learned a lot this year due to their underperforming car.


Lewis Hamilton agrees it is ‘natural’ for Max Verstappen to fight him harder as he is the most successful driver and believes Mercedes have learned a lot this year due to their underperforming car.

Lewis Hamilton says his status at the top of Formula 1 makes it “natural” for Max Verstappen to drive more aggressively against him than other competitors.

Verstappen triumphed in a thrilling world championship battle with Hamilton last season to claim his first title after multiple collisions with the seven-time world champion during a turbulent 2021 campaign.

Red Bull’s dominance and Mercedes’ lack of pace this year has led to a lack of on-track fixtures for the rivals in 2022, but with the Silver Arrows finally catching up in recent weeks, Verstappen and Hamilton will clashed at the Sao Paulo GP last weekend, with the Dutchman picking up a five-second penalty for causing the collision.

Speaking in Abu Dhabi ahead of this weekend’s season finale, at the scene of the hugely controversial win that secured Verstappen the title last year, Hamilton was asked if he’s expected the rivalry to continue to spark controversial moments.

He replied: “Most likely. I think I will adapt.

“You’ve seen the previous years that I try to avoid [contact] in scenarios.

“I’m sure we will grow, both teams will grow and hopefully improve so that we don’t have experiences like in the last race, but I wouldn’t hold your breath.”

Hamilton was then asked in a follow-up question if he thought the reason for Verstappen’s particularly aggressive driving style against him was due to his status as the most successful driver of all time.

The 37-year-old smiled, before replying: “I think so, you’re probably right.

“I remember when I came into the sport and your target is the guy with the most championships. It was Fernando (Alonso) and then it was Kimi (Raikkonen), because Kimi was one of the best drivers here, and then he was Seb (Vettel), so I think it’s natural.” 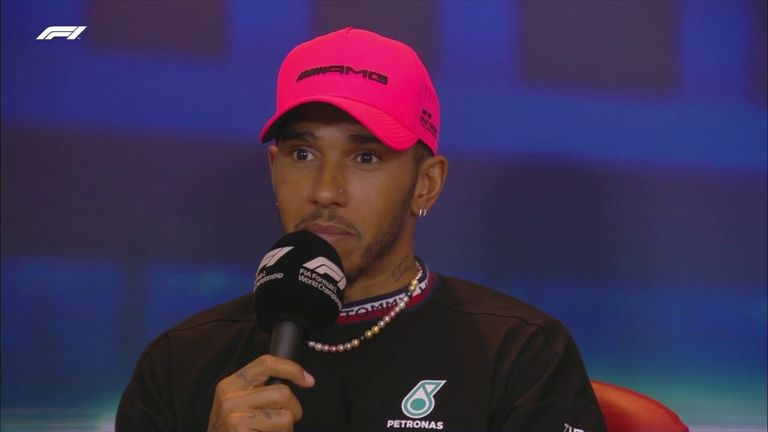 Hamilton also revealed that the only time he had an “in-depth” conversation with Verstappen was when he tried to persuade him to kneel beside him in support of the Black Lives Matter movement in 2020. which the Dutchman had chosen not to do.

“I don’t think there’s anything deeper in the background because we never really had an in-depth conversation,” Hamilton said.

“The only time we had an in-depth conversation was in 2020 in Austria when I went to see him to talk to him about what Black Lives Matter meant and what it would mean if he supported it.

“I tried to explain what it feels like and why we fight, and what it’s about. Obviously it didn’t make a difference.”

Not all news on the site expresses the point of view of the site, but we transmit this news automatically and translate it through programmatic technology on the site and not from a human editor.
Eleon2022-11-17
195
Facebook Twitter LinkedIn Pinterest WhatsApp