Abbott Nutrition’s factory in Sturgis, Michigan – the factory at the heart of the infant formula shortage – was forced to close again this week due to extreme weather, which “will likely delay production and distribution” of new products.

“Severe thunderstorms and heavy rain moved through southwest Michigan on Monday evening, bringing high winds, hail, power outages and flooding throughout the region,” Abbott said in a statement this week.

“These torrential storms produced significant rainfall in a short period of time – overwhelming the city’s stormwater system in Sturgis, Michigan, and causing flooding in parts of the city, including areas of our plant,” said he continued, explaining that he had to cease production of his specialty formula EleCare in order “to assess the damage caused by the storm and to clean and disinfect the factory”.

Abbott’s factory in Sturgis, Michigan on May 13, 2022. (JEFF KOWALSKY/AFP via Getty Images)

“We have notified the FDA and will perform comprehensive testing in conjunction with the independent third party to ensure the plant can safely resume production. This will likely delay the production and distribution of the new product by a few weeks,” he added:

Based on historical demand and current projections, Abbott has sufficient supply of EleCare and most of its specialty and metabolic formulas to meet the needs of these products until a new product becomes available. . These products are distributed to consumers in need in coordination with healthcare professionals. 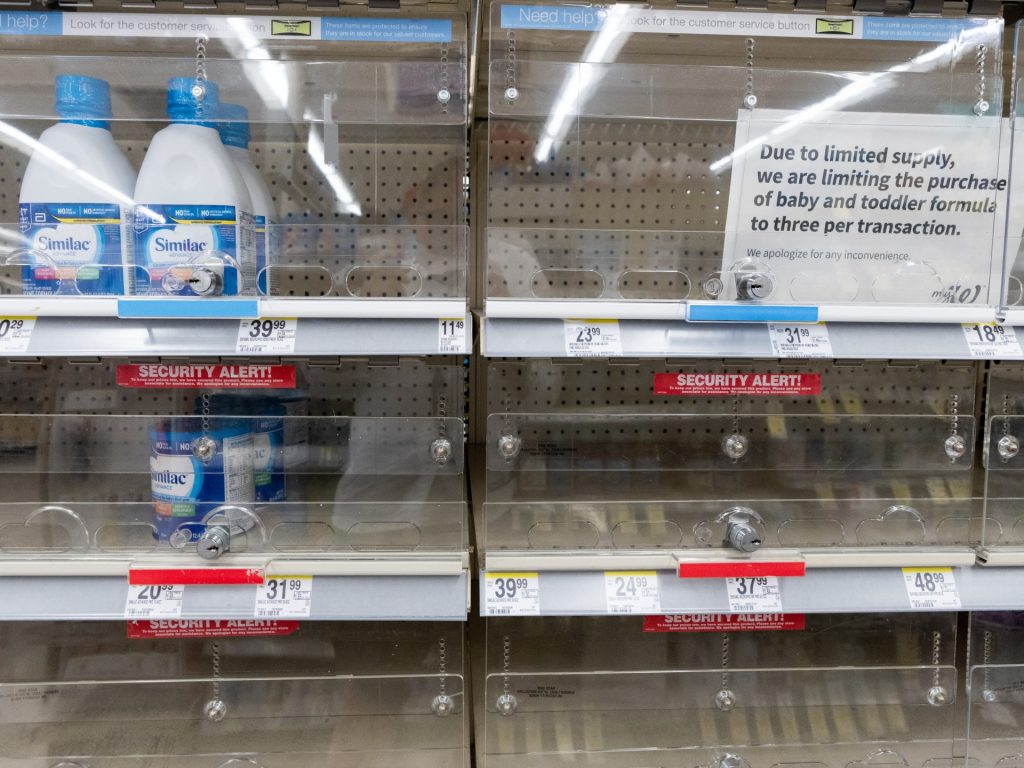 A sign informs customers of purchase limits for baby and toddler formula at a Walgreens store in Las Vegas, Nev., on Sunday, May 29, 2022. (Bill Clark/CQ-Roll Call, Inc via Getty Images)

The plant’s announcement comes as the country continues to face an infant formula shortage following the Food and Drug Administration’s (FDA) shutdown of the plant in February due to concerns over a bacterial outbreak. .

“The voluntary recall in February involved four complaints from Cronobacter sakazakii — a common environmental bacterium — in infants who consumed infant formula produced at this plant. Two infants fell ill; two died tragically,” Abbott wrote in a May 11 update, though the investigation ultimately found “no evidence to link our formulas to these childhood illnesses.”

Despite this latest hiccup, Abbott said it “will have produced 8.7 million pounds of infant formula in June for the United States, or the equivalent of 168.2 million 6 oz. feeds” in the short time frame it reopened.

“This is 95% of what we were producing in January, before the recall and does not include Sturgis production,” he said, stressing that he would resume production of his products as soon as possible.

Not all news on the site expresses the point of view of the site, but we transmit this news automatically and translate it through programmatic technology on the site and not from a human editor.
William2 weeks agoLast Updated: June 17, 2022
154
Facebook Twitter LinkedIn Pinterest WhatsApp